No love for Spiller Road 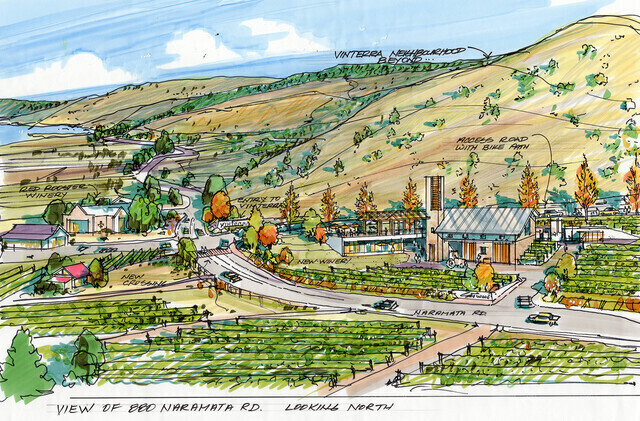 Council voted unanimously to accept the result of a public consultation survey conducted in recent months, which found that 71 per cent of 520 respondents "strongly" opposed development at the location above the Naramata Bench.

They further voted to allow the results of the survey to be used to govern future decisions as to developments on that property.

Coun. James Miller was the lone opponent to the latter motion, stating he believed continued strong resistance from the Penticton Indian Band should be the final word. The PIB has been vocally against development at Spiller Road throughout the process, citing land access concerns.

"I think it's not like you get a tattoo in the middle of the night when you've had too much to drink and you put somebody's name on it and the relationship ends a week later ... Once drilling and housing on beautiful plateaus such as the Naramata Bench [happens], you can't unring the bell. So I see a lot of issues," Miller said.

Coun. Julius Bloomfield agreed that PIB agreement is paramount, but pointed to the fact that the most recent development proposal from Canadian Horizons called for less density than was technically allowed by law.

"If we turn around and refuse a developer to build a development on a property that is currently zoned without any other good reason, except for the fact that neighbours don't like it. That's a fair position looking at it from the neighbour's point of view, but legally, it puts us in a very, very difficult position," he said.

Coun. Judy Sentes called the Naramata Bench "a destination," pondering aloud: "I wonder if the Napa Valley would be where it is today if people would have succumbed to the pressure by developers."

Mayor John Vassilaki added concerns with traffic safety in the area, which he called already unsafe today, even without development.

Canadian Horizons has submitted a new proposal which has not yet been made public. It is being reviewed by municipal staff and will be shared publicly after that time.

The fight against a proposed housing development above the Naramata Bench will continue Tuesday as a vocal citizens group plans to make their presence known at city council.

Canadian Horizons, a development company based in the Lower Mainland, has been back to the drawing board of late, reworking its plans for 1050 Spiller Road after previous attempts to get a green light from council that sparked public backlash.

A press release issued Sept. 1 indicated Canadian Horizons pulled their most recent plan for 112 single-family lots on the 51-hectare property, which was already much smaller than the original 307-home plan, after hearing public feedback.

The city conducted a summer-long engagement process, which found that 71 per cent of the 520 participants had "strong opposition" to the existing proposal, now scrapped.

Canadian Horizons' new proposal plans to develop the lands under current zoning, which is a mix of country residential and mobile home park zoned areas. The municipality says the full application will be released to the public "through normal processes" after staff has reviewed it.

The Society for the Preservation of Naramata Bench, which was formed in response to the original development news, is now urging its members and any interested members of the public to keep up the pressure on city council by attending Tuesday's regular meeting, online or in person.

"We ask that city and council take immediate steps to remove 1050 Spiller Road as a future growth area in the OCP and consider the recommendation of Interior Health that future growth take place close to existing urban areas with an emphasis on affordability," reads a press release from the society issued Sunday.

"We ask that concerned residents of Penticton and Naramata continue to speak up. Together we must ensure that Canadian Horizons does not leap-frog due process with its last-ditch attempt to generate returns for its investors."

The Penticton Indian Band has remained steadfast in its opposition to the project.

City council will receive the results of the summer engagement process at Tuesday afternoon's council meeting, and staff will recommend they use the results in the evaluation for future land use change at 1050 Spiller Road.

Council meetings can be attended in person at City Hall or viewed online here.