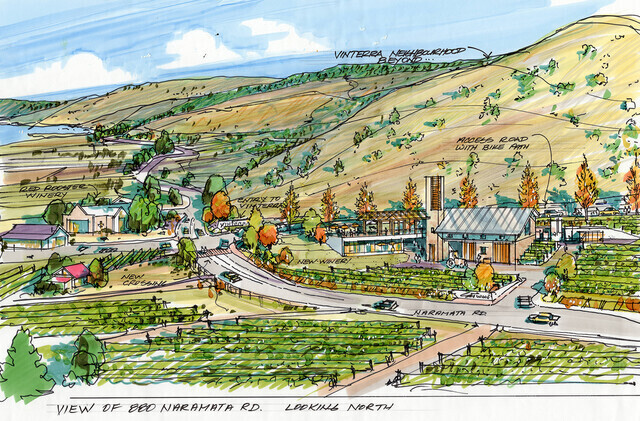 The City of Penticton received feedback from more than 500 people on a proposed residential development for the Naramata Bench, with results showing a strong majority opposition to the current proposal.

Back at a meeting in May, council voted to engage the public over proposed Official Community Plan changes for 1050 Spiller Road that would allow 112 single-family lots on the 51-hectare property.

The first proposal from development company Canadian Horizons was denied for that property in February 2021, following a major public backlash, against the original 307-home plan.

The current zoning features a mix of country residential and mobile home park zoned areas, with close to half of survey respondents being open to future development with stricter conditions.

“Given the response to prior proposals for this property, it was important to offer the community a more formal process to learn more and contribute their feedback,” said JoAnne Kleb, communications and engagement manager, in a press release.

“As a result of this process, staff are able to provide the applicant and council with a good understanding of the participants’ views of this proposal and their concerns about development in this area.”

The results of the engagement process and an update on Canadian Horizons’ plans will be presented to council at their meeting on Tuesday after the Labour Day long weekend.

Staff are recommending the report be received into the record and be used in the evaluation of any applications for land use change of the subject lands at 1050 Spiller Road.

Through the engagement process, city staff said they have learned that just more than half of the 520 participants (54 per cent) are opposed to any development at this location due primarily to the potential impacts to the environment and local economy.

Just sixteen per cent are fully supportive of development, believing the area can support development and help address the need for housing.

Another 30 per cent support development with the following conditions:

The city also learned that while views are mixed on development at this site, there is strong opposition (71 per cent) from participants to the current proposal.

The survey found that while the reduced density in the new proposal may lessen impacts on traffic, residents feel it does not address previous concerns about the landfill, the wildfire interface, the affordability of housing, and potential environmental impacts.

The Penticton Indian Band was invited to consider the application through the engagement process as well and reconfirmed their strong opposition to development at this site, stating that as it is within an area of significant syilx Nation interest and will have serious impacts to syilx food, social and ceremonial activities.

A grassroots society formed against the proposal and is now continuing to advocate against the scale of the project.

The city stated that the concerns from the Society for the Preservation of the Naramata Bench remain with the revised proposal including wildlife impacts, potential density, proximity to the landfill, infrastructure costs and traffic.

The complete results of the engagement program can be viewed at online at Shape Your City.

The new application made by Canadian Horizons is being reviewed by staff and details on the application will be made public through normal processes.