'I needed to do more': Oliver mom launches specialty care package business after spending two months in hospital with a newborn alone

'I needed to do more' 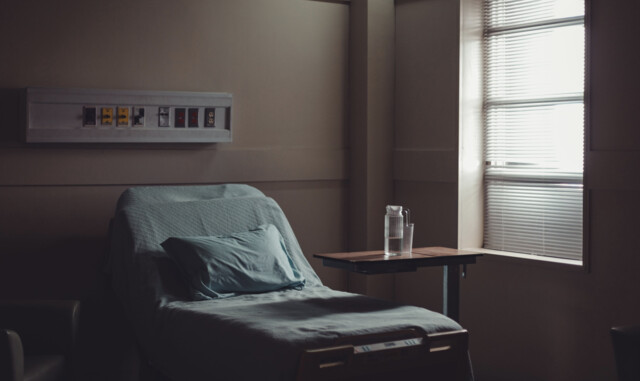 "I knew that I needed to do more and create something that people were able to give to somebody that was going through one of those hard times."

"My daughter was born in May of 2021 and when she was born, everything went great," she said.

"So two days after we got home, my son was holding her. And I turned around and noticed that she was not breathing. She was limp."

The family rushed to the South Okanagan General Hospital for help, but the pediatric care unit was fairly limited.

"We went from Oliver to Penticton to Kelowna, and then were flown to BC Children's Hospital. Then they flew us back to Kelowna to be closer to home and transferred back to Penticton, all in hopes that she would get better and we'd be out of the hospital. But she didn't."

During those two months, Bodnar remained in the hospital the entire time with her daughter.

"I was not able to go home at all or leave the hospital...Obviously, COVID-19 was still very much in hospital at that time. And there were a lot of rules around sort of isolation and visitors."

Bodnar described days of staring at the hospital walls with little to do but wait.

"You're sort of sitting in a hospital room by yourself. And gosh, it was hard."

Each time Bodnar was transferred, she had little next to nothing to take with her.

"Every time you're flying you can't really take much, they want you to take like a tiny little bag," Bondar said. "We were transferred so much I didn't have clean clothes. When we first did all of this, I didn't even have a toothbrush."

"Quite frankly, I didn't care about that. All I cared about was the fact that our daughter was really sick, and we just had to go, we had to be there."

And throughout her stays in the Okanagan and Vancouver, Bodnar noticed other families going through similar situations, missing everyday toiletries or basics.

"They just didn't have a ton of support, whether it was like geographically dispersed families or just not having time to go and pack. When you're sick or you're taking care of somebody sick, you don't often think about like grabbing a toothbrush or deodorant because you don't know how long you're going to be there for," Bondar said.

"I had so many friends and family reach out and [ask] 'What can we do? What can we give you? What can we send you?' I really struggled to answer a lot of those questions because I didn't really know what I needed or what would be helpful."

Dozens of flowers showed up when the family was placed at the Ronald McDonald House, which Bodnar realized, while thoughtful, were not what many in situations like hers needed.

"That's where Delivering Sunshine sort of originated from. I got out of the hospital and obviously, we're still navigating a lot with my daughter. But I knew that there just there needed to be more, we needed to give back and do more."

Over the next several months Bodnar said she spent time researching and speaking with nursing staff, physicians, and the general public to gather ideas. Her daughter is now in better health, but she continues to head to the hospital for appointments and testing quite often.

In early 2022, Bodnar founded Delivering Sunshine, which is an e-commerce website that provides preassembled care packages to provide a mix of age-appropriate activities, snacks and personal care items.

"I had a girlfriend the other day, break her leg and even that, like she's not really mobile, she's stuck at home, and even sending her a care package of like these really neat items or snacks in it... That's a bonus of sort of making it diverse enough to work for any sort of situation where somebody might not have easy access to go out and get some of those basic care items."

Bodnar said she focused on filling the boxes with products that were Canadian, small business, Indigenous-owned or eco-friendly.

The company officially launched at the beginning of August.

"One of the most important things to me was not just creating these care packages, but finding a way to give back and so we sort of made it our mission to donate 10 per cent or reallocate 10 per cent of our funds towards giving care packages to the Ronald McDonald House."

The business also features an option to purchase a care package to be hand-delivered to the families at the Ronald McDonald House.

Packages are delivered to a facility or residence and are made to be hospital friendly.

"It is hard to be away from home and be away from your family," Bodnar said. "I'm super excited about the venture. I think it's going to be great to be able to find a way to give back. Something that's very near and dear to my heart."

"I hope that I can really bring some sunshine to those that are going through some hard times in the hospital."

To find out more about Delivering Sunshine visit their website here. 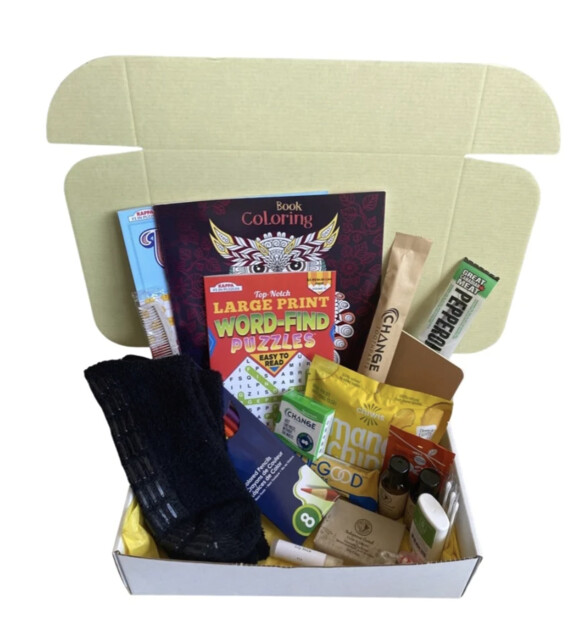