Penticton cycling groups, shops, and philanthropists team up to get deserving kids on bikes 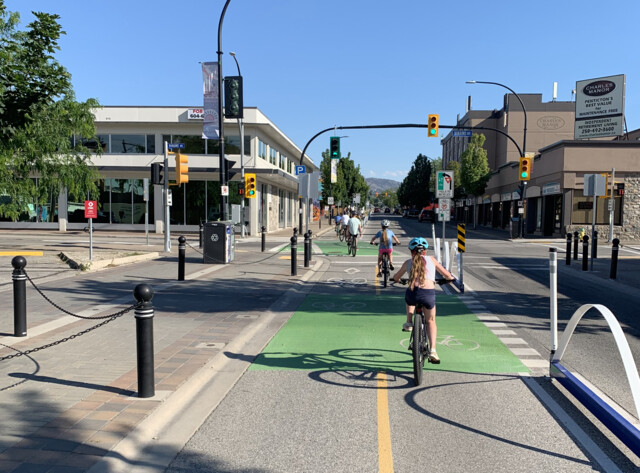 An anonymous philanthropic family has teamed up with the Penticton and Area Cycling Association and two bike shops to make sure five deserving local kids had great new bikes and riding gear.

The kids were selected to participate in a free five-week program that saw them fitted for new Trek Marlin hardtail mountain bikes courtesy of the Bike Barn.

"After they had their bikes, which they didn't yet know were theirs to keep, they were teamed up with a coach from Freedom Bike Shop. The next 4 weeks had them adventuring out on their bikes learning fresh new skills and exploring some of the awesome places you can go on your bike in Penticton," said PACA past president Laura Harp in a news release.

The kids explored the BMX track behind Munson Mountain to learn some tips from the experts, went on a four-kilometre ride on the KVR to the pumptrack and spent time in the workshop to learn about properly maintaining and fixing their bikes.

"Their final session had the kids ride up to the waterfall behind the water treatment plant at the top of Penticton Avenue," Harp said.

"The finale ended at Tickleberry's on Main for ice cream and the big surprise ... those sweet bikes you've been riding ... well, that's your new bike!"

This is the fifth year that PACA has been able to run the program. PACA, the donor family, the Bike Barn and Freedom Bike Shop all join together to make the vision happen.

Find out more about the Penticton and Area Cycling Association online here.