BC Housing 'relieved, thankful' after fire at one of their Penticton properties saw no injuries 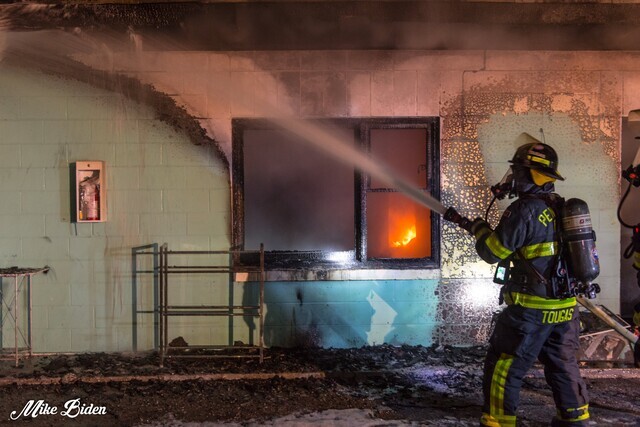 BC Housing is "relieved and thankful" that no one was hurt during a fire at the Meadowlark Motel in Penticton this week, a facility they own and operate in advance of a larger planned development complex.

One unit in the motel on Skaha Lake Road went up in flames on the evening of Tuesday, Aug. 2, causing smoke and water damage to four adjacent units,

Luckily, Penticton fire crews were able to knock it down and no injuries were reported other than to a cat who was treated with oxygen on scene.

BC Housing purchased the property along with Sun Valley Motel and Mayfair Motel, all in the 2000 block of Skaha Lake Road, for $7.9 million in 2021.

They said five residents in total were displaced by the blaze on Tuesday.

"We have secured long-term accommodation for one of the tenants and have temporarily housed the remaining tenants in motels while we work to find them permanent housing," the provincial housing arm wrote in an emailed statement to Castanet.

"BC Housing’s tenant support worker, coordinated access and assessment team, property portfolio manager and other staff are in Penticton working with all residents directly affected to provide them with support during this difficult time. BC Housing has also purchased basic essentials for each of the tenants such as toiletries and clothing, and each displaced tenant will also be provided a $200 gift card to help with any additional needs they may have over the next few days."

BC Housing further stated that the fire at the Meadowlark has "no impact" on redevelopment plans for the complex or its timing.

"The redevelopment of the motels along the 2000 block of Skaha Lake Rd. is currently in the design and planning phase. Once designs for the redevelopment are confirmed, we will notify current tenants and the community. Any tenants required to vacate their units will be provided with rehousing support."

For now, BC Housing is making improvements to the existing facilities. They plan to redevelop the three motels and an adjacent existing BC Housing-owned facility, Skaha Sunrise Apartments, into 105 total affordable units, which will come before local council at a future date.