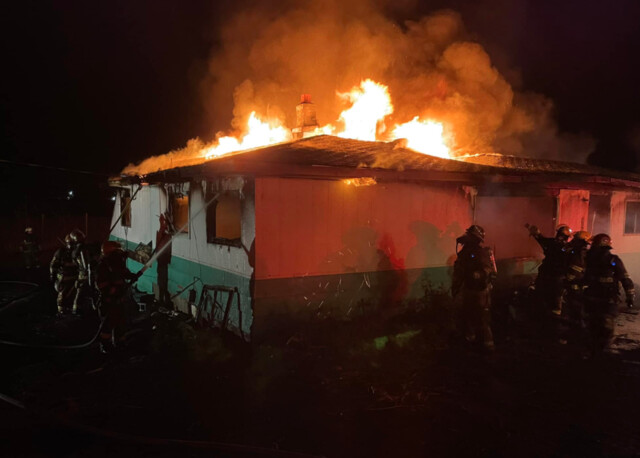 A vacant house went up in flames off Highway 97 in Oliver early Friday morning.

The Oliver Fire Department responded to reports of a structure fire just after 1:30 a.m.

According to a press release from the fire department, crews discovered a house heavily involved with flames.

OFD responded to the scene with eight apparatuses and 24 members.

"It took approximately three hours to fully extinguish the blaze and Highway 97 was closed for much of the incident," they said, adding the highway is now fully open.

No injuries were reported and the cause of the fire remains under investigation.