Fest of Ale happy to be back 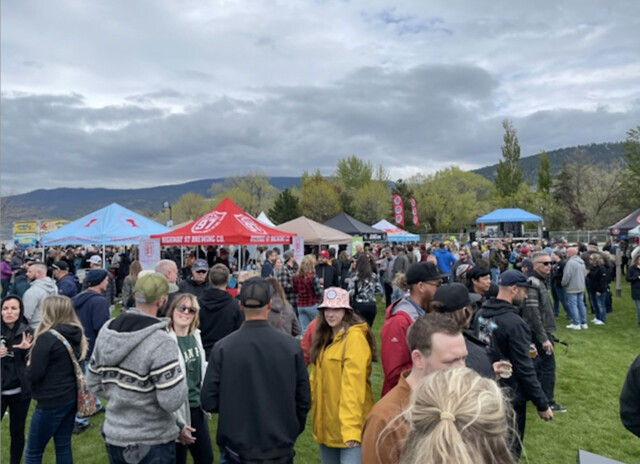 Photo: Sarah Taylor
The Okanagan Fest of Ale was well attended this weekend.

The return of Penticton's Fest of Ale offered much-needed celebration for the community this weekend, according to the organizers.

"We received a lot of really positive feedback from having an outdoor event. And ultimately, everyone was just really, really happy to be together and outside," said Taylor.

"And that was the general vibe of the event, like everyone was just so happy, all of our volunteers, all of our crew. Almost every person that we encountered, coming in and out, were just so stoked to be out with everyone. So it was just a really fun environment to be in."

The annual event was cancelled for two years during the pandemic. It is typically held mostly indoors at the Penticton Trade and Convention Centre over two days instead of one, in April rather than May.

"We have a long standing wonderful relationship with the Penticton Trade and Convention Centre. We love having our event usually in April, because it's in the shoulder season. So we like to support the hotels and the restaurants on the weekend during that kind of down time," Taylor said.

But the pandemic world has changed things, so this year, the festival had to pivot to an outdoor, single-day event. Caps on ticket numbers meant that some people were left disappointed, but the festival is already working on next year's event, hoping to get back to normal.

"Planning events can be pretty tricky in these kind of uncertain times. And the board of directors, they're going to look at everything," Taylor said.

"They'll make a decision as to what next year is going to look like."