'One in a million': music world mourns passing of local musical craftsman 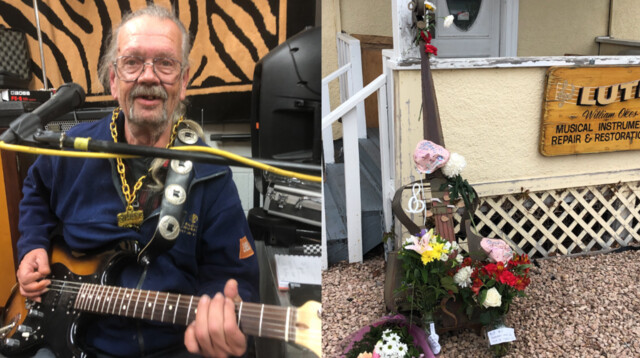 The music community in Summerland is in mourning following the death of local celebrity and guitar maker, William (Billy) Okos.

Okos passed away Friday, May 6 at his Summerland home.

Longtime friend Gord Cunnigham says the Summerland luthier was "one in a million."

A luthier is a skilled craftsman who makes and repairs guitars, a skill that takes years to master. Okos learned the guitar-making craft at the renowned Martin factory in Nazareth, Pennsylvania in the '70s,

"I was determined to do an apprenticeship there and so that became my home for the following three years where I began to master my craft and hone my skills as a luthier," according to Okos's website.

The Summerland guitar maker was well-loved by many and fixed guitars for and played with many of the best musicians in the music world.

“Musicians from all over the world, like Steven Tyler and Brian May knew Billy and his loss will be felt right across the music industry,” Cunnigham says.

Okos loved playing and encouraging others to play and soon found himself repairing instruments for friends and neighbours. In 1996 Okos opened his own shop and began creating custom hand-made guitars using tonewoods. Okos was a master at creating guitars, violins, banjos and mandolins specifically designed to the individual musician's requirements.

Okos started playing the accordion at the age of seven and later switched to the guitar. He played in many bands and with many different musicians over the years but Cunnigham says he was just as comfortable playing at the kitchen table or around the campfire..

Okos is survived by his brother Ted Okos, who replaced Doug Bennet as the lead singer of Doug and the Slugs in 2009.