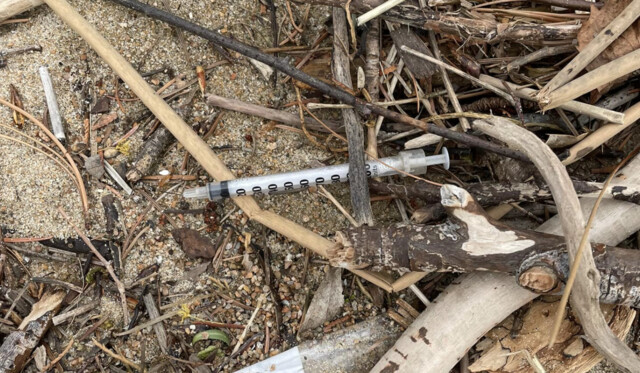 A Penticton resident was left shaken after discovering multiple needles during her walk along Skaha Beach on Sunday.

Marisa Rodriguez Byers was out walking her two wiener dogs in between Sudbury Beach and the channel when she spotted some exposed needles sticking out of the sand.

"As we were walking, I kind of noticed there was like garbage there and it hadn't really been there before," she said. "I noticed condom wrappers, pill bottles and then I saw needles."

She posted photos of the needles to a local Facebook page as a warning for others.

"Just for safety standpoint, not to shame, not to do anything like that. It's strictly 'Hey, heads up. If you've got dogs like I do, or kids who want to be in the water, this is what's there."

Commentators suggested she report it to City Bylaw Services, who went out to handle to situation.

"I think there was eight to 10 needles in that spot. So it's unfortunate but we do encourage the public that if you see something, say something, report it and, once it's reported, we'll respond as quickly as we can," Bylaw services manager Tina Mercier said.

The City of Penticton implemented drop boxes for needles on both private and public land, so all people who use needles can access safe disposal and that stray needles are dealt with safely and properly. Their Sharps Disposal Plan outlines where safe disposal sites are located.

To dispose of a needle properly, avoid touching the tip of the needle and do not replace the cap on the needle. It's best to use gloves, tongs or tweezers and put the needle into a container. Needles should not be thrown in general trash bins.

"The city's invested very heavily in resources around cleanliness and security and safety," Mercier said.

"We do get a lot of calls on private property. So we want to empower the public with this system if they're comfortable doing that they can do it. But we're always available during [working] hours to help as well because a lot of people aren't comfortable doing it themselves."

People can call the bylaw services office anytime between 6 a.m. to 11 p.m. seven days a week. Bylaw continues to conduct patrols along with the city and the clean team to keep an eye out for sharps.

Byers said she's going to be extra careful while heading along the beach from now on.

"Make sure that you're always aware of your surroundings and don't take you know things like that for granted." 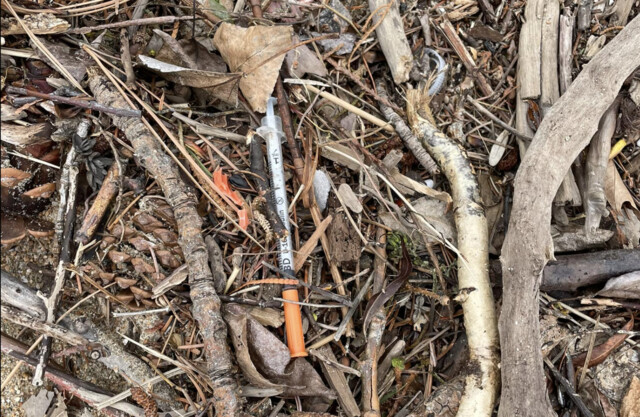