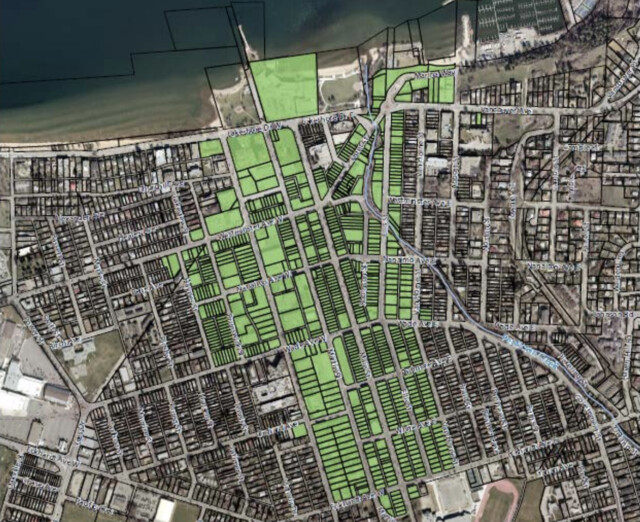 Photo: City of Penticton
The Downtown Penticton Business Improvement Area as of 2022.

A reverse-petition process — meaning the onus was on property owners to oppose the new levy cap, rather than the DPBIA proving support — was triggered in March, giving those in opposition until May 6 to file their petition.

Since the DPBIA's inception in 1998, the levy limit per property had been set at $2,888. The proposed levy increase cap of $12,000 will see higher-assessed properties such as banks and the Revenue Canada building on Winnipeg Street pay more.

At Tuesday's special council meeting, council heard that 61 petitions were received out of 313 downtown land parcels, which is fewer than the 50 per cent benchmark needed to block the bylaw. Those 62 parcels are valued at roughly $45 million, of a total $278 million.

Coun. Julius Bloomfield noted that the DPBIA should not forget that roughly 20 per cent of the area's landowners were opposed.

"It's up to [them] to make sure they gain the trust and respect of the 20 per cent that voted against it," Bloomfield said, before joining his fellow councillors in voting unanimously in favour of the new five-year bylaw.

Mayor John Vassilaki recused himself due to a conflict of interest, since he has stake in several downtown properties.

Funds from the levy are earmarked for such improvement activities downtown as marketing and promotion, beautification or maintenance of streets and sidewalks, removal of graffiti and efforts to encourage new businesses and filling vacant properties.

The DPBIA is required to track and report back to the city on how they spent the money annually.