Local woman inducted to Skate Canada's BC Hall of Fame

Skate Hall of Fame for local 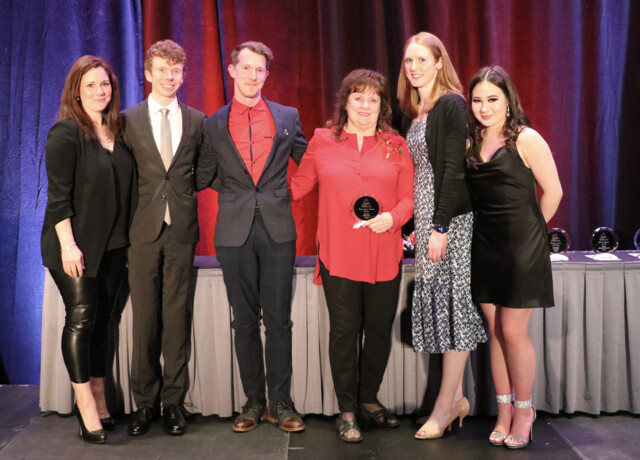 A Penticton local and honorary lifetime member of Summerland's Glengarry Skating Club has just been inducted into the Skate Canada BC/Yukon Hall of Fame.

Diane Nielsen won her spot in the "builder" category, recognizing her many years of volunteering for various figure skating organizations around the province and fundraising to further the sport.

Nielsen has held every position on the Glengarry FSC board, the Okanagan Region Board and the BC/Yukon Section of Skate Canada board.

She then took on the role of team leader for Skate Canada BC/YK where, according to the organization, she truly shone.

"Diane started fundraising so there would be money for team functions. The team room at competitions was an integral part of the team dynamic. A safe place for the skaters to go and unwind and relax when they weren’t competing," the organization said in a press release.

Nielsen, along with four others, was inducted into the Hall of Fame Sunday.

"This is our seventh year of inductions this year recognizing five remarkable people who have spent much of their life contributing to building a strong, healthy and successful figure skating community in British Columbia,” said Ted Barton, Skate Canada BC/YK executive director.

“With this induction they are never to be forgotten for their contributions in building the landscape of figure skating in BC."

"We are very proud of the work that this Penticton resident has done for our sport over the years at the Club, Regional, Sectional, National, International, & Olympic level."

The Kelowna Skating Club also made a shout out, posting on social media a "huge congratulations" to Nielsen.