Restricting use of rat poison? 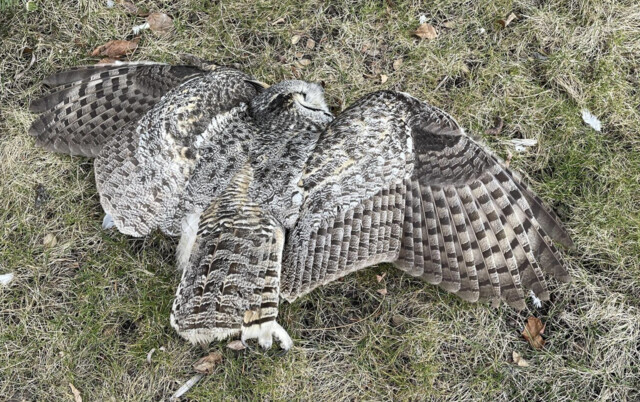 The SORCO raptor rehabilitation centre in Oliver is looking forward to the conversation from the province on proposed regulatory changes that will ban the widespread sale and use of second-generation rodenticides.

Due to their toxicity, second-generation anticoagulant rodenticides (SGARs) can pose a significant risk of secondary poisoning to other animals that eat poisoned rodents. The province is currently seeking input on rodenticide restrictions to protect wildlife.

“We're all for it. We've always gone public about these rodenticides and how dangerous they are not only to wildlife, but even domestic pets,” SORCO manager Dale Belvedere said.

In July 2021, the Province introduced an 18-month ban on the sale and use of SGARs while the government reviewed the science and developed recommendations for policy.

“We have this year seen an increase in secondary poisoning. We've even had two babies die of it because we didn't get them in time,” Belvedere said. “We've had seven owls come in so far, from late February-early March to now that definitely had secondary poisoning.”

“It's a very quick window that you have once they've ingested this rodent or whatever the parents are feeding it.”

The process for recovery for the raptors isn’t easy even if they get to them in time.

“There's only one antidote. and if you don't get them, like I said, in time, it doesn't matter how much and how many doses you give them. They're just bleeding internally.”

Now the province is working on establishing an outline of proposed permanent changes to the Integrated Pest Management Regulation.

“The proposed changes would reduce unnecessary pesticide use by requiring individuals and businesses to focus on other methods of pest control, such as traps, less toxic rodenticide alternatives and removing food sources,” the province said in their news release.

SGARs would be restricted for use by essential services (such as hospitals, food production and supply, transportation or conservation projects) and select industrial operators only. They will be restricted at the point of sale for all other users and require integrated pest management and record keeping.

Additional requirements will include:

As proposed in the intentions paper, the regulatory changes are expected to come into effect on Jan. 20, 2023. This will align with the end of the temporary ban. However, if needed, the existing ban can be extended while the amendments are finalized.

Comments about the proposed changes can be submitted through the province’s website, with more information online here until midnight on June 19, 2022.