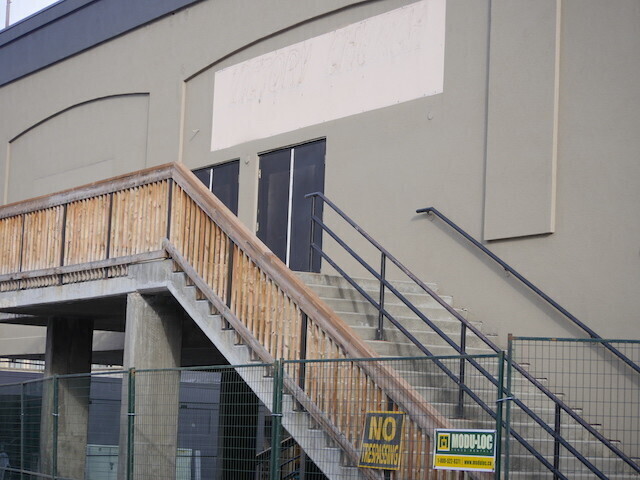 After a long-standing feud over a shelter in downtown Penticton between the city and the province concluded with an agreement to relocate, the Victory Church homeless shelter will be closing this week.

Preparations are underway to move the shelter's residents into a new, permanent location at Compass Court featuring 40 new shelter units.

The city's fight over the shelter began in March, when city council denied a temporary use permit extension that would have legalized its operation through the end of 2021.

The shelter, which has been operated by District Society for Community Living under BC Housing's authority, was only set to operate through the winter of 2020/21, but the province used its paramountcy laws to keep the facility operating.

In July of last year, the city filed a petition with the BC Supreme Court challenging those paramountcy powers after council voted yes to allowing up to $300,000 in spending on a lawsuit.

But after the province moved to relocate the shelter, the city directed legal counsel to withdraw pursuit of the petition.

“Based on conversations with BC Housing, Victory Church will be vacated and cleaned up by the end of the week," said Blake Laven, Penticton's director of development services.

"With regard to Compass Court, there remains elements of landscaping and various site works still to be completed, but the units themselves can now be occupied.”

Outstanding work at Compass Court will be undertaken over the next few weeks to improve the exterior appearance of the property.

The city shared that in preparation for an increase in activity around Compass Court, along with a higher concentration of shelter services at this location, Bylaw Services and RCMP will be adjusting their patrols accordingly.

“Today’s news of the opening of new shelter services at Compass Centre and the closing of the Victory shelter is the result of a great deal of work from many partners at all levels,” Penticton Mayor John Vassilaki added.

“I would like to thank everyone who played a role in ensuring that some of our city’s most vulnerable population is safely housed.”

“We’re pleased to be moving into our new location and are very appreciative of the investment support we’ve received from BC Housing,” PDSCL CEO Tony Laing said.

“Our operations are ready to recommence at Compass Court. We’ll be working hard to effectively meet our outreach goals while ensuring our presence in the community is successfully incorporated.”