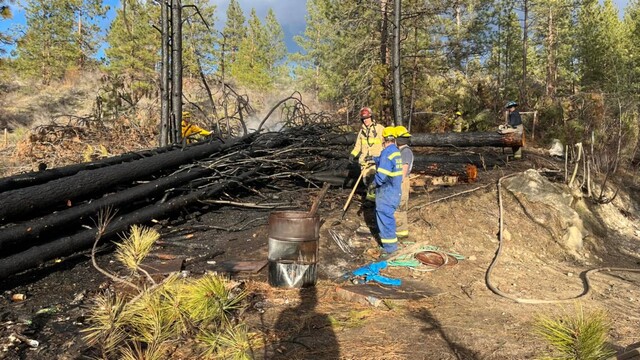 A open burning pile got away on a home owner off McKinney road in Oliver on Monday.

The Oliver Fire Department was called in when the fire started spreading in the surrounding property.

According to a press release from the department, the fire had spread into some logs, brush and trees surrounding the area.

Crews were on scene for about an hour.

Fire crews managed to contain the fire after it spread to approximately 50 by 200 feet.