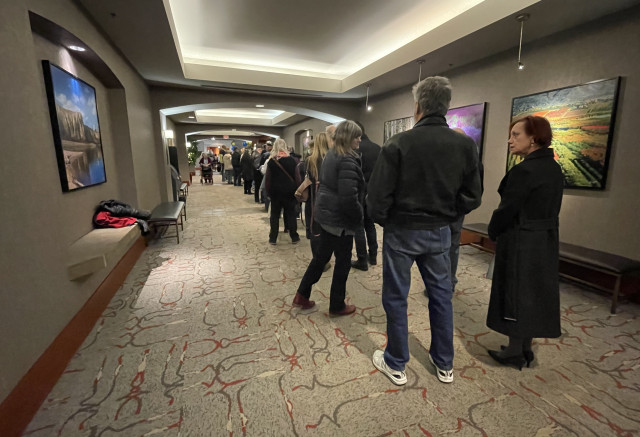 Long line ups and outfits donning the yellow and blue colours of the Ukrainian flag filled the hallways of the Penticton Lakeside Resort on Friday evening.

The Barking Parrot hosted the by-donation BBQ to raise money for humanitarian and military aid in Ukraine, in partnership with the Ukrainian Canadian Volunteers Association of the Okanagan.

People patiently waited to get inside the pub, which didn't have a moment where every table was not full that night.

Ukrainian music filled the room and some staff wore traditional Ukrainian outfits to share their pride for their country. The national anthem was also sung at the end of the night.

Elizabeth Cucnik, general manager of Lakeside Resort, shared that the fundraiser was a massive success, raising $26,101 which will go directly to the front lines in Ukraine.

"It was amazing. We just had an incredible vibe, incredible energy. People were lined up to donate and they were just so enthusiastic about the initiative. So we were so grateful," she said.

Cucnik herself has Ukrainian roots, along with other staff members, some who have family still there.