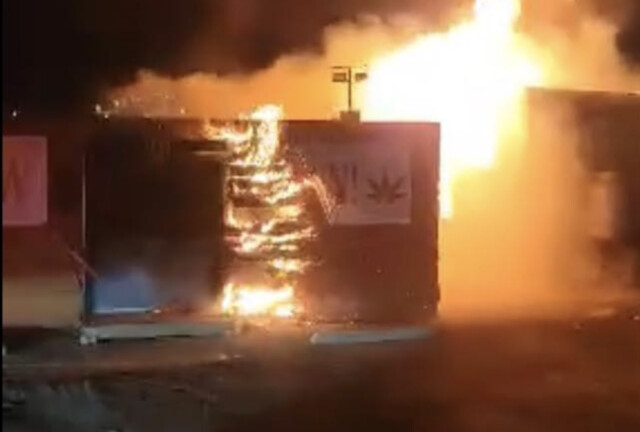 Firefighters were up well before dawn on Tuesday morning, responding to a report of smoke off Highway 97 North in Oliver at a local pot shop.

When the first arriving officer got on scene before 5 a.m., a fire was reported in a trailer and the business at the location, The Pot Doctor, at 8141 Highway 97.

According to a release from the department, the first arriving units were able to knock down the exterior fire and proceed to attack the fire at the interior of the two structures.

"Quick action stopped the fire from spreading in the business while work was made to extinguish the trailer" they shared.

Fire crews remained on scene for approximately two hours and RCMP was dispatched to the location.

"The fire is considered suspicious and will be under investigation."