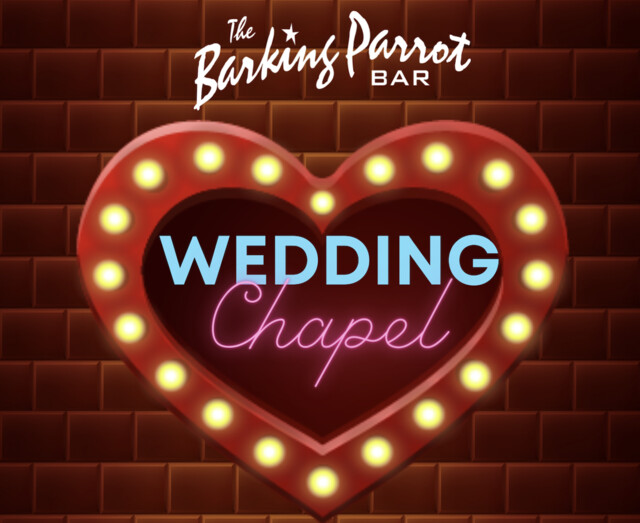 Who needs a chapel to get married?

Twenty Penticton couples have decided to buck that tradition and embrace a more Las Vegas-style nuptial event. This Saturday, the Barking Parrot bar is helping them all get hitched, for free.

Lakeside Resort food and beverage manager Keith Corbett said the team came up with the Valentine's weekend idea of giving something unique and positive back to the community, especially couples who have been frustrated by wedding delays during the pandemic.

"We said, hey, why don't we just give people the opportunity to get married? Wouldn't that be amazing? And, you know, that kind of evolved into, 'let's do a whole bunch of couples at the exact same time,'" Corbett said.

The team bandied about some theme ideas, and landed on Las Vegas.

"If someone's going to get married on a whim in a bar, Vegas would be the place. And, you know, what else do they have in Vegas? Well, they have Chinese food buffets. They've got big Slurpee drinks, they have glow sticks, they have all these kinds of other things that make the environment fun. So we're going to do those things too," Corbett explained.

The Barking Parrot team will be dressing the place up with decorations and special lighting, setting up an altar area and providing a justice of the peace. The only thing the 20 registered couples will need to bring is their marriage license from the province.

Other than that, everything is on the house, including a night's stay at the Lakeside Resort, so the couples can "close the deal," Corbett said with a chuckle.

Registration is already full, and the weddings will be done in two different waves of 10 couples each. The venue will also be adhering to provincial health orders.