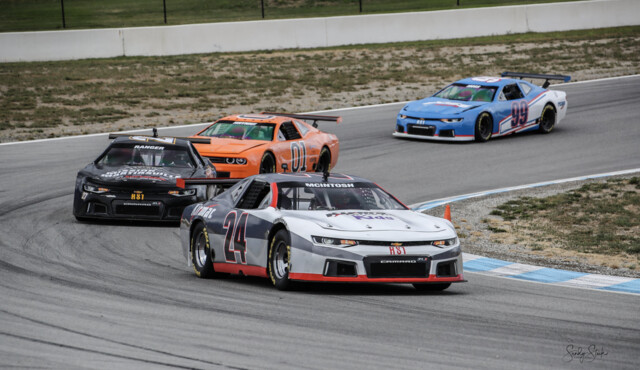 A development driver will pilot the number 31 Camaro as the newest team member of Avion Motorsports Inc, in the street stock class at the Penticton Speedway.

Ellie Dunseith, 22, is from Penticton and has been racing in the street stock division since she was 16 in a car built by her grandfather and Crew Chief Andy Dunseith, a long-time racer, and a previous owner of the Penticton Speedway.

Dunseith will receive technical and race day support from the experienced crew at Avion, while her grandfather remains Crew Chief. The car will operate out of the Avion Motorsports shop in Penticton and will compete in the Avion RS1 Series races at Area 27 for the 2022 season.

“I was very impressed by Ellie’s performance over the 2021 season, and I knew she would be a great addition to our Driver Development Program," Seibert said in a press release. “We expect to get her started in road racing as well by providing her training and race time in our Avion RS1 Challenge Series at Area 27”.

Avion will help Dunseith prep to win championships and advance her career given the right opportunities, along with newer equipment, financial and technical support.

“I am absolutely thrilled, it’s great to know that all of my hard work and dedication is being recognized and I am getting this great opportunity. My grandfather is so excited to be included as well, this is a unique situation, Trevor made it clear that he wanted him to stay on as Crew Chief as he didn’t want to break up a great team," Dunseith added.

Penticton Speedway fans will be able to see Dunseith’s debut with her new team, car, and colours on April 29 and 30 as she competes in The Venom 100 and Western Rattler 100.