Two crashes in one day at Highways 3A, 97 junction in Kaleden 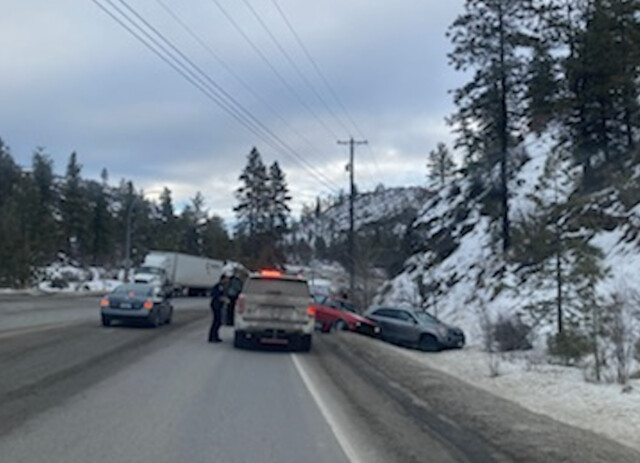 Traffic is once again stalled on Highway 97 at Highway 3A Monday due to a crash.

Emergency crews are on scene. Multiple cars are in the ditch and DriveBC traffic cams show traffic backed up just south of the Kaleden scales.

Castanet has reached out to authorities for more and will update when more information is available.

A crash briefly snarled traffic at Highway 97 and Highway 3A near Kaleden Monday morning.

DriveBC cameras show a car in the ditch around 11:45 a.m. and emergency crews on scene.

The car was towed away, and the junction is now clear.

No word at this time as to injuries.