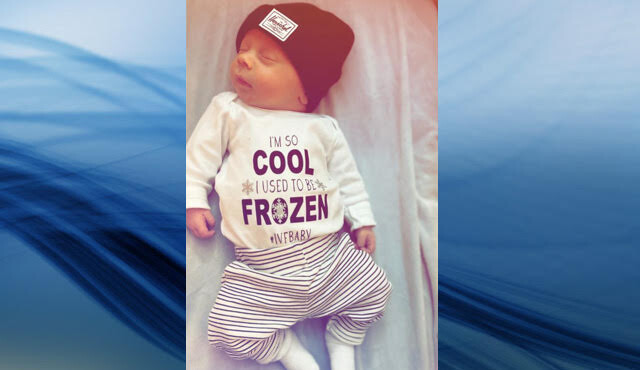 After many years of heartbreak after losing two sons, a Penticton couple finally has a happy ending welcoming their child into the world last month.

Kaison Jae Tregoning was born Dec. 8 at 11:23 p.m. weighing 7 lbs. 11 oz, to his parents Scott and Jessica Tregoning, thanks to surrogacy costs being funded by the community to allow their friend to carry their child.

Back in February of 2019, the couple was expecting their first child. Sadly, Jessica's water broke 12 weeks before, too soon for their child to survive. Their firstborn son, Paxon Alexanda Tregoning, was flown to Children’s Hospital in Vancouver and only lived for three days.

When the couple fell pregnant again the following year, the same devastation affected their baby.

Jessica had a scheduled C section in September of 2020. But two weeks before her due date, the uterus incision from her previous C section burst while at home one evening. The couple rushed to the hospital and after 20 minutes trying to revive him, Matix Jack Tregoning was pronounced stillborn.

After losing the second child, Jessica learned her body was not safe to carry another baby.

But not all was lost, as one of the couple’s closest friends offered to carry a baby for them.

Jessica shared that this all became possible because of the support they received when her aunt started a GoFundMe campaign to help cover the medical expenses.

The couple did an embryo transfer with their surrogate at the beginning of April last year, which only has a 25 per cent chance of success on the first try of becoming pregnant.

Just 10 days later, an at home pregnancy test revealed their surrogate was pregnant.

The baby was expected on Dec. 17 right near the surrogate’s birthday on Dec. 12, but came a little early.

“The delivery went fairly smoothly about 12 hours from start to finish. She took it like an absolute champ,” Jessica shared over email.

“We have to pinch ourselves from time to time, it still doesn’t feel real but we are so happy to have him here doing well and healthy. He’s more than we could have ever hoped for.”

The couple wanted to again thank everyone who supported them throughout their journey.

“We wouldn’t have been able to do it without your generosity and love. We are eternally grateful. And also a big thanks to Dr. Fridhandler and our midwives from Willow who gave us endless support through everything.”

“This experience from start to finish was so positive and we are so lucky our story finally has a happy ending. We are so incredibly lucky and blessed to finally be parents to a healthy little boy.” 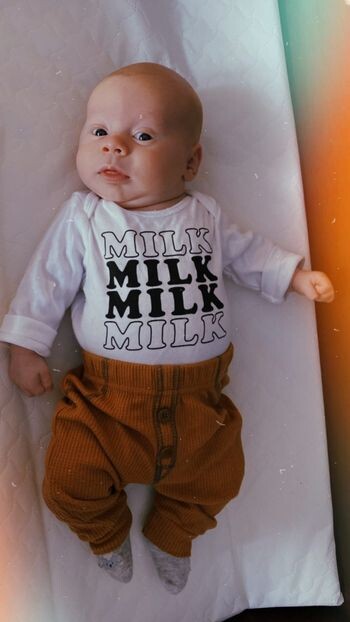