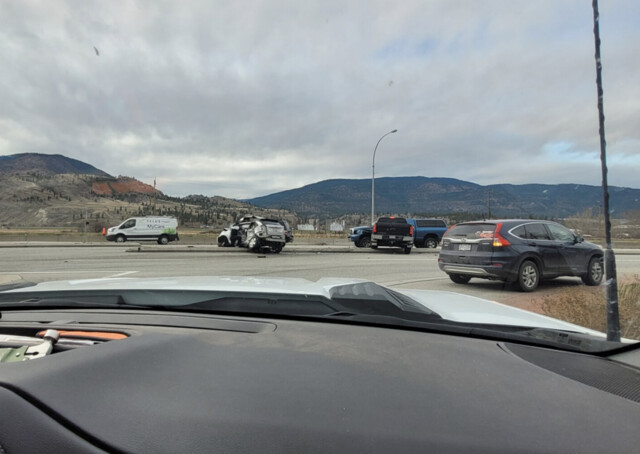 A crash on Highway 97 in Penticton Tuesday was fatal.

The BC Coroners Service has confirmed they are investigating after one person died during a vehicle incident on the Channel Parkway Tuesday shortly after 2 p.m.

Two vehicles crashed, which closed the roadway for several hours.

The identity of the deceased has not been released.