Animals onto good homes, safe and warm after flood hits thanks to kindness of Princeton residents and volunteers 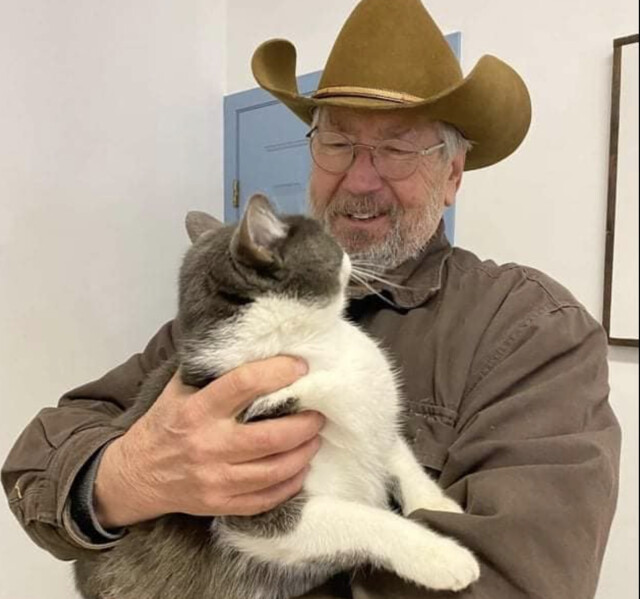 Photo: ALERT
A 'failed' foster, one Princeton resident and this semiferal kitty bonded, ending up being adopted!

Even while the town dealt with massive damage and floods sweeping through on Sunday night, Princeton residents opened up their homes and donated what they could help out 76 rescue animals.

A large groups of cats and dogs were on their way to Heart & Soul Dog and Cat Rescue Society in Abbotsford, towards new lives and warm homes when they got stuck in the massive storm.

According to a post from Heart & Soul Rescue, the animals were being transported from an animal rescue group out of Manitoba over to the Lower Mainland. K9 Advocates works with local rescues in multiple provinces to find "forever homes" for cats and dogs rescued from harsh conditions in rural communities.

"Heart & Soul Rescue had been preparing for weeks in anticipation of their arrival, lining up foster homes and veterinary appointments for each pet, to ensure that they are in the best of health as they are matched with their future families."

When the animals were stranded from the storm in Princeton, they found safety thanks to the hard work of a local resident. Bryce Bard O'Brien gathered up volunteers and found emergency shelter and lodging for the transport's drivers and the animals.

"Rebecca Wegner, of Wegner's Cattle Co., temporarily sheltered all 76 cats and dogs under the heated roof of her shop, while Audrey Blanchette from Everything Pets in Princeton donated emergency supplies and items to help as well."

Residents stepped up even more over the next few days, fostering animals in need or even adopting ones that still hadn't found homes.

The Animal Lifeline Emergency Response Team (ALERT) out of Penticton was brought it and helped with a group of volunteers to find fosters, food and supplies for the animals in the meantime. Their team was hard at work helping with other local animals and ones in Merritt in need.

Critteraid Animal Sanctuary in Summerland was contacted and sent out loads of crates and all the food they could spare.

One pup had been scheduled for a leg amputation surgery in the Lower Mainland, and these delays have resulted in an urgent need for her surgery to take place locally in the Okanagan, as gangrene and infection threatened her life with her leg left untreated.

"Kindness was once again found in the generosity of Dr. Moshe Oz, who came forward to perform the much-needed surgery, estimated to cost approximately $4000, and accepting only $1500 for the work. ALERT has worked hard to raise the funds needed for Beauty's surgery, which finally took place on Nov. 17 at Rose Valley Veterinary Hospital in West Kelowna, BC," Heart & Soul Rescue shared.

The rescue has now been able to charter a plane for Sunday to take much needed supplies to the Princeton residents who opened their homes to help the animals and bring the animals to the fosters waiting for them in the Lower Mainland.

ALERT will be heading back to Princeton and Tulameen on Tuesday with additional Animal Food Bank dog/cat food and kitty litter. 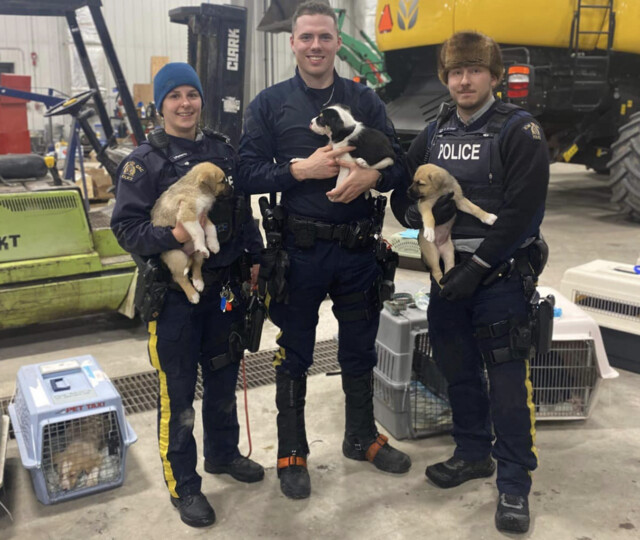