'Great save' from firefighters 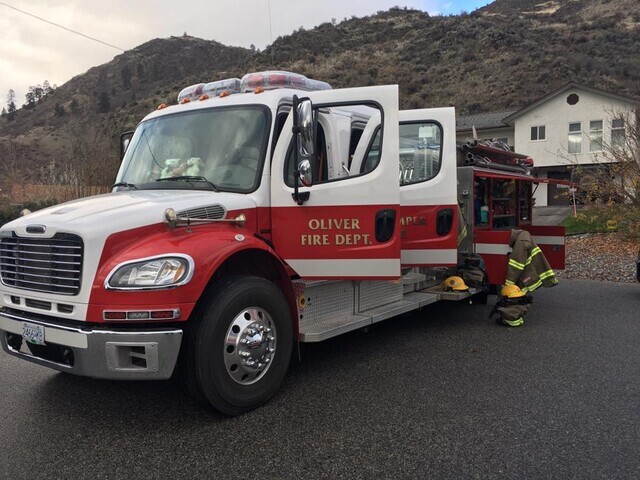 A home is still standing thanks to the quick response from the Oliver Fire Department Wednesday night.

Fire crews received a report of a fire off of Willowbrook Road at around 11 p.m. The Oliver chief and duty officer responded directly to the home, while other crews responded to the fire hall.

"Once they were on scene and crews were on their way, they did indicate that they did have a working fire with fire showing from the roof area," said OFD spokesperson Rob Graham.

When full fire crews arrived on scene, Graham said they were quick to knock down any visible flame, and from that point they were working on hitting hotspots which were mainly contained in the attic and roof of the house.

After that, crews made sure all hotspots were taken care of and no rekindling could happen.

Residents of the home were all able to make it out safely and there were no injuries.

"The home has sustained some heavy smoke and water damage. A lot of that damage is contained to the south portion of the home where we believe the fire originated from. There is some severe damage to some trusses in the attic," Graham added.

"That does compromise a bit of the roof structure on that end of the home as well. But other than that, it was a great save. They will be able to rebuild that portion of the house without any further damage."

The cause of the fire is currently unknown and will be under investigation.

"Everybody was quick to be on scene and knock it down and contain it and keep it from spreading to the whole home," Graham said. "So I say again, it's a great save by everybody that it wasn't worse off just due to the time we received the call, where it's located outside of town and the time it takes to get on scene."