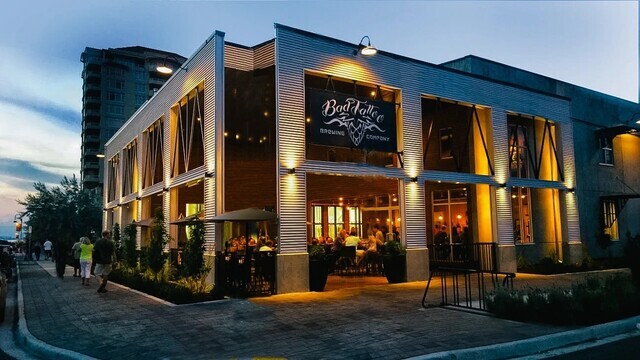 A popular Penticton brewery has walked back its vows to refuse vaccine passport mandates, instead choosing to offer a public apology and resume regular service while its owner and manager steps back.

Bad Tattoo Brewing, which was founded in Penticton and recently expanded to Kelowna, announced in late August they would not go along with Provincial health mandates requiring proof of vaccination to sit and dine or drink at their establishment.

The vaccine passports went into effect Sept. 13. Castanet reporter Casey Richardson visited on Sept. 15, and was told by a server proof of vaccination was not required.

On Thursday, Sept. 23, Bad Tattoo released a statement on social media saying they would be stepping back from seated service, instead transitioning to a takeout-only model.

The following day, they pivoted again.

"As of Sept. 25 Bad Tattoo will be checking vaccine passports and returning to normal service.
I sincerely apologize to everyone," owner/manager Lee Agur wrote on Facebook Friday evening.

"I was trying to be inclusive and make a safe space for everyone to be able to enjoy as that is what the hospitality industry is about, so we went to counter service only like the fast-food establishments, cafes, food courts and cafeterias that many people currently feel safe in and are not requiring vaccine passports."

Agur expressed concerns that many people are "losing compassion, empathy, understanding and patience."

He added that he will be stepping down from management of Bad Tattoo "for a while," but is confident the team will continue making "world award-winning beer and creative pizzas for you."