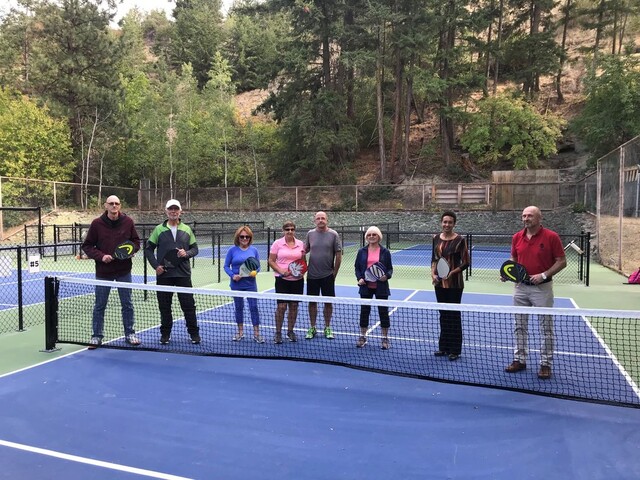 The District of Summerland and the Summerland Pickleball Club celebrated the completion of four new pickleball courts at the Peach Orchard Campground on Wednesday.

The District shared the news in meeting the needs of local pickleball players and was able to complete the project thanks to the Summerland Pickleball Club contributing $5000 to the project through their membership of over 150 players.

In February of 2021, the District received 22 submissions supporting Council’s commitment to add pickleball courts at Peach Orchard Campground this summer.

Many members of the Summerland Pickleball Club sent in letters explaining the importance of the upgrades for the community.

With a total of six courts now, the club members looked forward to putting on tournaments in the future, adding more tourists and competitors to area.