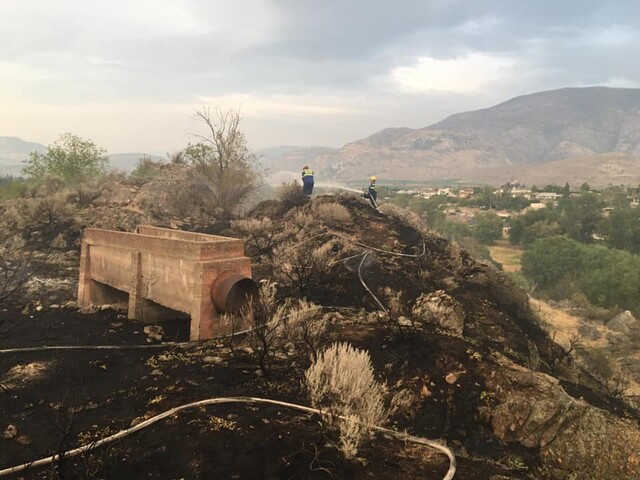 A grassfire that broke out just after 7 p.m. above the north Oliver sign is now contained.

According to Oliver Fire Department spokesmen Rob Graham, the fire was taken care of quickly.

“We’re currently in the mop up stage, so there's no further risk of it spreading. We’ve got it contained where we are just cleaning up hot spots,” he explained.

There were homes nearby where the fire broke out.

“We were on it quickly to make sure the fire didn’t spread to those structures, and we did initially set up some structural protection just in case we couldn't get a handle on things,” Graham said.

The estimated size of the fire was 300 by 300 feet. The cause of the blaze is believed to be human caused.