BC SPCA has seized the dog spotted in crate towed behind trailer down B.C. highways, recommending animal cruelty charges 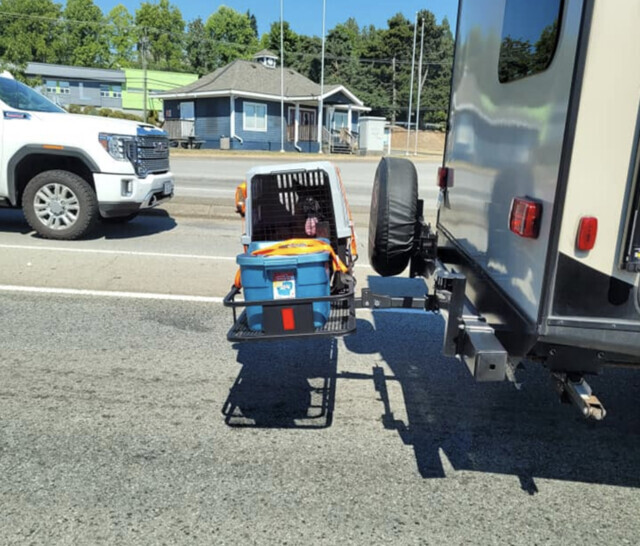 Photo: Heather Peters
Travellers spotted a dog stuck in a crate behind the trailer on Monday

The dog that was strapped in a crate behind a recreational trailer travelling on highways through the B.C. Southern Interior during a heatwave on Monday is being cared for by the SPCA.

“We were inundated with calls alerting us to the situation and, working with the RCMP, we were able to trace the owner and location of the dog. We were successful in getting a warrant to seize the dog and took him into our custody on Wednesday,” Lorie Chortyk, GM, communications for the BC SPCA said in a statement.

The dog is safe and is being cared for by the SPCA in an undisclosed location.

The SPCA will be working on following through legal steps in the process of taking ownership of the dog before he can be re-homed and adopted.

“We will be recommending charges of animal cruelty to Crown counsel in this case,” Chortyk added.

Oliver RCMP previously stated they are working with the BC SPCA enforcement officers to determine potential applicable charges. 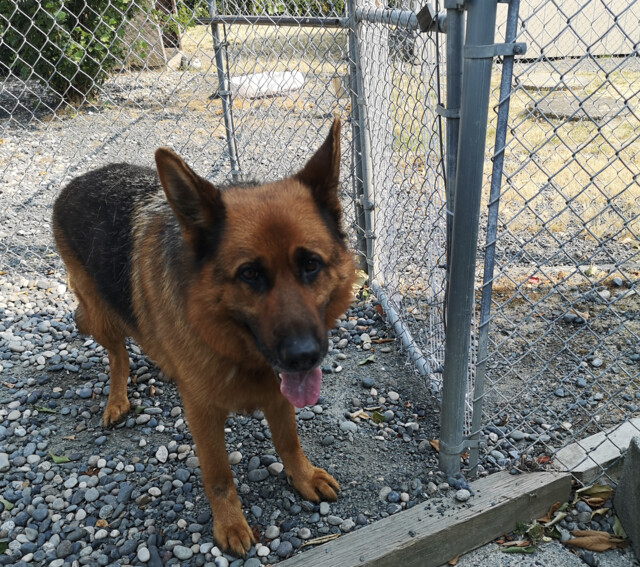 Photo: SPCA
The dog is doing well in the SPCA's care