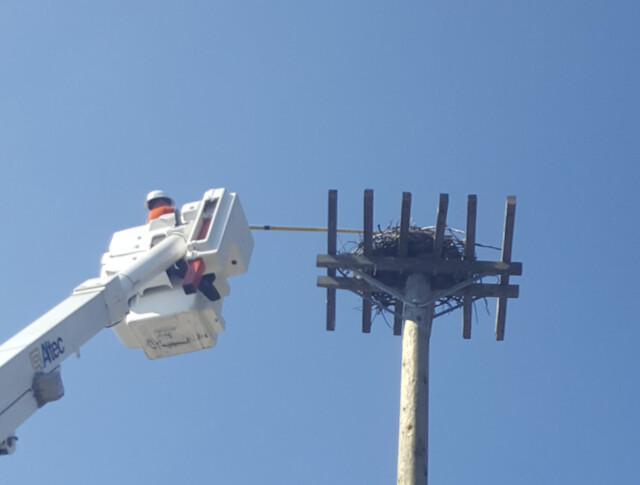 The South Okanagan's only birds-of-prey rescue centre worked quickly with FortisBC on Wednesday afternoon, desperately trying to rescue two baby ospreys that were severely dehydrated from the heat in a nest high up on a power pole at Penticton's Upper Bench Road.

SORCO received multiple calls from residents that day, after they had spotted the two hanging over the nest, panting and without the parents around.

“The issue with the ospreys right now is, first of all the nests are always just out in the open so they're in full, full sun. And secondly, the waters in the lakes are so hot right now the fish are going down too deep for Ospreys or Eagles to catch,” SORCO manager Dale Belvedere said.

When SORCO got the call, they realized they would need help in accessing the pole.

“We called Fortis and they said they would definitely send a truck and go up. So we all met there and when they got up there, they didn't even think they were still alive, but they were.”

One of the raptor parents showed back up at the nest during the rescue, dive-bombing the crew member working to rescue the birds.

“So it was getting a little tricky there. But then she or he just flew away.”

Belvedere explained that the parents will move on, since raptors are known not to grieve.

“As soon as the baby goes, they don't even remember they had young.”

The two baby birds are currently doing okay, severely dehydrated and very hungry, but adapting well to their new environment. The plan is to keep the birds for the next six weeks and help them get back to full health.

“We would love to give Fortis a huge kudos for helping us out because these babies would have died. I mean, they didn't even hesitate. They went out there immediately as soon as they got our call. So I mean, it's just great that they do this,” Belvedere added.

The raptor rescue has had their hands full this week with the heat wave, receiving 23 raptors into their care over the last 24 hours alone.

SORCO would like to remind residents that they are a raptor-specific only rescue, and can not rescue common birds.

For more information on SORCO or to help donate to contribute to their work, click here. 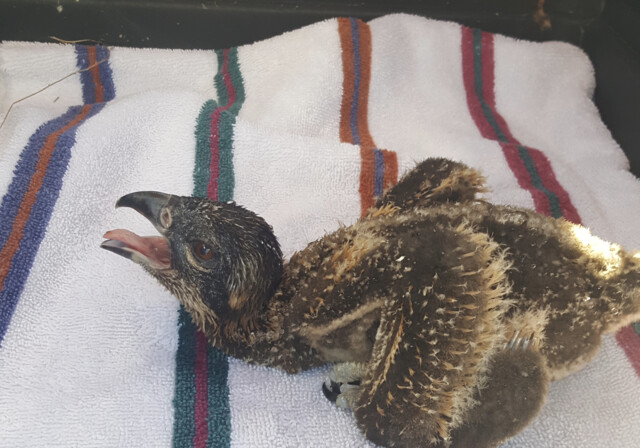