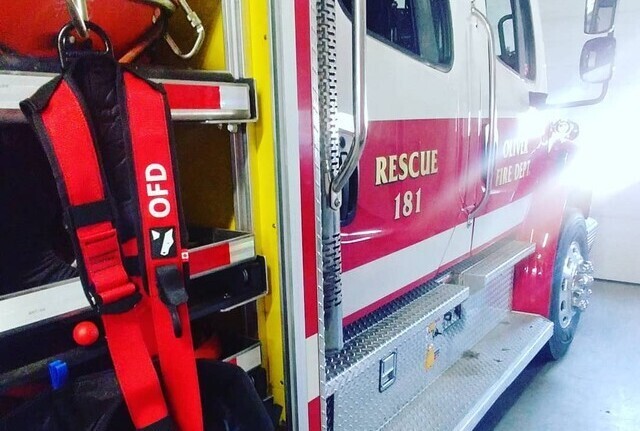 An Oliver resident had a close call after flipping and becoming trapped underneath his riding mower on Sunday morning, right next to the river bank.

Firefighters were called around 10 a.m. by BC Ambulance to assist with the man stuck at the edge of his property where it meets the bank going into the Okanagan River.

“I understand he was probably trapped for a little bit of time. Well, crews responded, and thankfully, there were no major injuries to him. He was within a foot of his head being close to some rocks, but also to the edge of the water as well. So had he been knocked out or had he been trapped in a way that could have, you know, caused him to drown as well,” said OFD spokesperson Rob Graham.

Luckily, it was a fairly easy and straightforward rescue for the team.

“We utilize the winch to be able to stabilize the mower to tilt it, because he had a leg that's trapped. So once we were able to get that mower tipped enough to pull him out, we were able to get him onto a stretcher, up onto the side of the bank and into the back of an ambulance.”

The man was checked over by ambulance crews on scene and brought to the hospital for observation for a few hours.