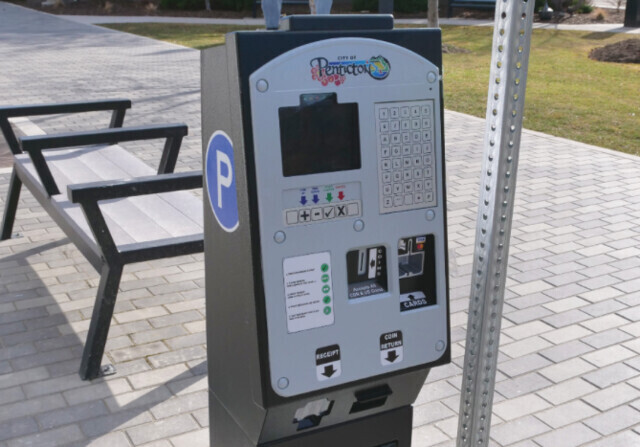 The City of Penticton is continuing to make changes to its new downtown paid parking expansion, adding more free 10-minute spots and allowing the purchase of smaller increments of time on the meters after community feedback.

In April, Front Street, Ellis Street, Main Street, Nanaimo Avenue and Padmore Avenue saw the introduction of meter hubs, spaced apart up the blocks, that govern each roadside parking space. The change from free parking was not popular with everyone, with some downtown businesses speaking out in opposition.

But city bylaw services manager Tina Mercier said they have seen more turnover and parking availability since the new rules were put in place, a good thing for local shops.

"Bylaw has been educating parkers on how to use the new pay machines…much like any new technology it takes time and patience," Mercier said.

Mercier said there has also been more compliance with timed parking zones, two or four hours, and fewer complaints about cars overstaying their welcome.

That said, they have recognized the public feedback that pay machines are too few and far between, and have added another in front of City Hall. The city still recommends parkers use the Passport Parking app for the most ease of use.

The city has also changed the credit card payment system at the kiosks to allow for fractional payments in increments of five cents, which earns four minutes of parking time, rather than the previous minimum payment of $2 for one hour.

Mercier was unable to say how many parking tickets have been issued to vehicles in the new paid parking zone since they were implemented, but said that year-to-date at expired parking meters there have been 2,641 offences.