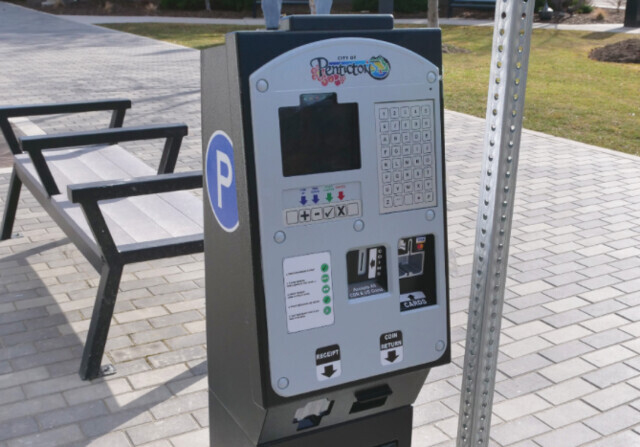 Some businesses on Penticton’s downtown Main Street say they are struggling, noticing a drop in customers and sales since the city implemented a new paid street parking system.

David Mullner and Celine Nativel run Maison Mulnati in the 200 block and recently started a petition to bring back free parking downtown. So far, the petition has gathered close to 500 signatures.

“We wanted to do something because work is dying. We won't be able to make a living and we reached out to the different businesses owners here and they said all the same thing,” Nativel said.

”We thought probably it was just us maybe, but we went to different places on Main Street and they all say, yeah, ‘We have to do something, It's just not possible. We are going to close.’”

City council voted back in September 2020, after public engagement, to expand the metered streets to include Front Street, Ellis Street, Main Street, Nanaimo Avenue and Padmore Avenue, eliminate one-hour free parking in all existing and new downtown zones, and raise the hourly rate at all meters from $1.25 to $2 per hour.

Director of development services Blake Laven estimated at the time that the downtown street expansions alone would add $400,000 more in the city's coffers for 2021, based on estimated usage rates.

The hourly rate change was expected to bring in a further $208,000. Customers can pay through smaller change, such as quarters, if they need less time on the meters.

The new meters and rates went live in April. Leigh Follestad, the owner of Smart Shopper, said he noticed a difference in his store right away.

“Because of the nature of my business, when people are coming in for a quick stop to grab quick convenience items, they don't want to have to pay 50 cents or $1, whatever that happens to be, just to come in for a two minute stop,” he explained.

“There's certainly other factors affecting it. But I can tell you kind of within the week that they did that, it's noticeable in my sales and my foot traffic coming through the door.”

“My opinion is that of my customers, and since the pay parking has gone up, we've just had a lot of our customers complaining, saying that it's a deterrent to come shop downtown,” Ellis said.

Sirena Bird, one of the owner-operators of her family-run business, Vitamin King, said she’s been hearing customers say they feel rushed now while shopping too.

“We hear a lot that people are done shopping downtown, and the flow of traffic, the foot traffic, the people browsing, you know, that want to park, that can peruse through the stores and walk downtown, grab a coffee, maybe do a few things, but take their time. That's not going to happen anymore,” she said.

Feedback has also come out that the machines are difficult to use and not very user-friendly, even from those using the Passport Parking Canada app, which the city has encouraged residents to use.

Bird explained that many shoppers are left with a 'bad taste in their mouth' from the experience of paid parking and tell the businesses they're not coming back downtown.

“I understand the need for paid parking. I mean, we have to generate revenue somehow. But I think it needs to go back to the first 15 minutes or the first half an hour, first hour free and then charge after that. You're at least encouraging people to shop and stay downtown for a longer period of time,” Follestad said.

“It was a shock, a bit of a surprise and a shock to us, with the situation that's happening globally, then all of a sudden, this is implemented, mid-pandemic, where people are already being very careful with their spending. Kind of a blow to the gut as a small business owner,” Ellis added.

“I guess I just don't think it's fair to charge people to come downtown, not even in COVID recovery, but when COVID is still a thing. And to encourage them to shop locally, and to support local businesses, and then charge them for doing that. It just seems distasteful,” Bird said.

The businesses worry how tourists will react as well, uncertain on how much it will impact shopping once travel opens up between the health regions and provinces.

“Hopefully, in the tourist seasons, we will have a lot of people staying in hotels that will ultimately walk downtown, so that shouldn't be as much of an issue," Follestad said.