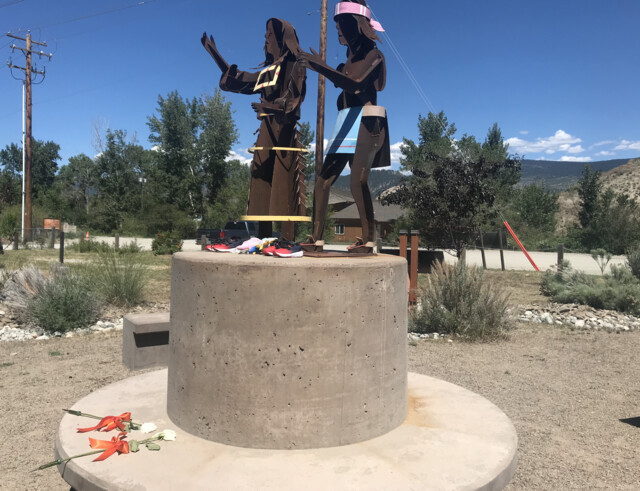 Across the country, Canadians are laying out children’s shoes, teddy bears and flowers to pay tribute to the hundreds of children whose remains were recently found on the grounds of a former residential school in Kamloops.

The discovery of 215 children's remains in an unmarked burial site at the Tk'emlups residential school was confirmed on Thursday.

In Penticton, tributes have popped up at a monumental statue on Penticton Indian Band land. A couple small pairs of shoes and roses tied with orange ribbons have been laid at the feet of the statue.

The statue, which is called "Bringing Our Children Home," depicts Indigenous parents welcoming their children with open arms.

It is placed where the train and the cattle trucks came to gather Syilx children and take them away to residential schools, next to the current Hatchery site, on the PIB reserve.

The PIB issued a issued a statement on Friday evening following the discovery of the remains, expressing their shock and calling for accountability.

The Penticton Catholic parish headquarters was left a message of protest Tuesday morning in light of the mass grave discovery. Residential schools across Canada including the one in Kamloops were frequently operated by the Catholic Church, which ostensibly prompted the action.

An online petition calling for a National Day of Mourning for the Lost Children of Residential Schools has been started and has garnered over 120,000 signatures so far. 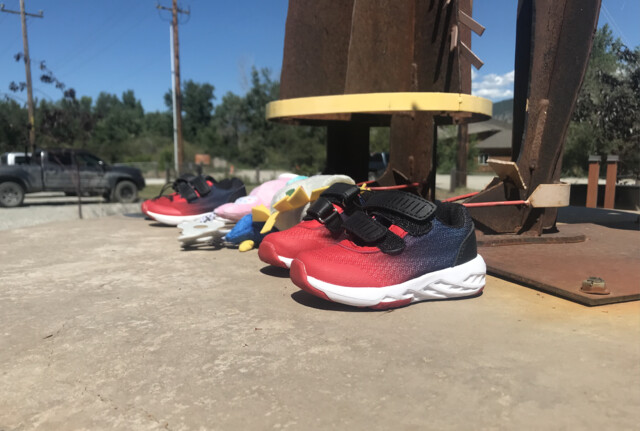