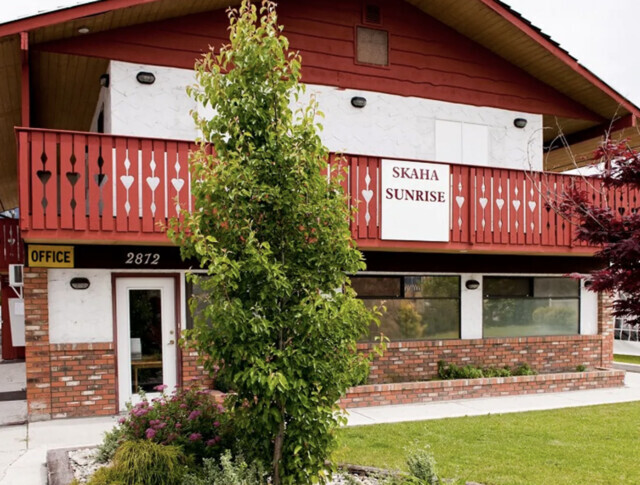 BC Housing says their purchase of three motels on Skaha Lake Road has saved 57 units of affordable housing from potential elimination, and with future redevelopment of the properties on the horizon, they are committed to involving the community in the planning process.

The housing authority announced the purchase Thursday of the Meadowlark Motel, Sun Valley Motel and Mayfair Motel, all in the 2000 block of Skaha Lake Road, for $7.9 million. Collectively, they currently have 57 below-market rentals, the leases for which BC Housing has taken over.

Director of redevelopment Sheryl Peters said BC Housing had entered into a "pseudo-partnership" with the property owner about a year ago to see if they could work on something together.

"And then somewhere over the wintertime, their condition changed, and they wanted to sell. And so I exercised our rights to purchase first," Peters explained.

"Had BC Housing not purchased the property, in all likelihood it would have been put up for sale under conventional listing arrangements, which might have precipitated the displacement of those 57 individuals, or units. So I think it's a really good model for us where there is a strategic opportunity for us to create more housing in the future through the redevelopment, as well as preserve 57 units of affordable housing within the community."

For now, BC Housing will simply be making improvements to the existing facilities, but a longer-term redevelopment plan is kicking into gear. They plan to redevelop the three motels and an adjacent existing BC Housing-owned facility, Skaha Sunrise Apartments, into 105 total affordable units.

Whether those units will involve any supportive housing aspects, which has been a hot button topic for city council in recent months, is not yet clear.

"Nothing has been determined at all. We haven't even connected with planning staff which we have yet to do, that's one of our first steps. We haven't even hired a consultant yet," Peters explained.

The process before they even get to city council to request rezoning will take about a year and a half, Peters said. During that time, roughly six months from now, public engagement will start.

"We'll hire designers to start coming up with a plan where we can study the zoning expectations under the OCP, and start thinking about what we might suggest, and then we'll develop an engagement plan, how we connect with the public," Peters said.

Should a redevelopment move forward, the existing tenants will have first right of refusal, meaning they can choose to come back to a new unit under their current rental agreement.

"During the course of construction, they may have to be moved off the site to afford construction, and we will help facilitate that to meet their needs. However, part of the design development expectation is that we are trying to minimize disruption. So on large sites, and this will be considered a larger site, there may be a way to phase development or construction where the number of moves will be either minimal, or the moves will be on site," Peters explained.

"The hard part, I think, would be that I guess residents would have to understand they're living in a construction zone for a certain period of time, but I think for their overall day to day routines like getting transit, going to work, going to daycare, going to school, having them stay within the neighbourhood is the most ideal."

Given current bad blood between city council and BC Housing, it's unclear whether council would welcome this redevelopment proposal with open arms. But Peters said she hopes the history won't impact this project.

"I mean I can't speak for council, but I hope not. We're looking towards the future, and this is not any one specific type of housing for low income there today ... we are hoping that in the future as part of additional housing units that we could bring to the assembly, we could answer the call of affordable housing for seniors, for the workforce, housing for families, potentially other non-residential uses. I love the idea of a daycare centre. But all those discussions need to be had with both residents, first and foremost, and then also with the city, and city planning."