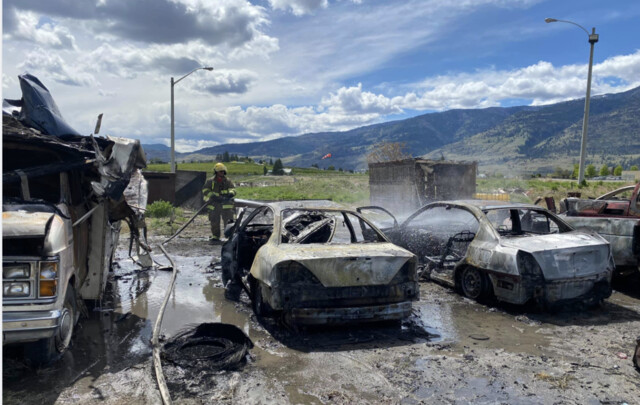 The Oliver Fire Department is dealing with incidents of vandalism on several of their cars at the department's training grounds, with someone deciding to torch several cars and set them on fire Friday afternoon.

“It's not the training that we were looking to do,” said OFD spokesperson Rob Graham. “We don't mind the extra training, but usually on our training nights and this pulled the guys away from their jobs today.”

In the past couple of days, the department has been collecting vehicles for an upcoming training session to run an auto extrication course. But then somebody decided to sneak into the grounds and smashed up all the windows in the vehicles.

“Then just today someone started to torch the vehicles and a few of them did catch on fire,” Graham explained. Crews were able to extinguish the fires.

“Thankfully the ones we are collecting were not the ones that were burned. These were ones that had already been used for training and were going to be picked up for crushing.

Police did attend the scene and are currently investigating according to Graham, asking anyone with any information to contact the Oliver RCMP.