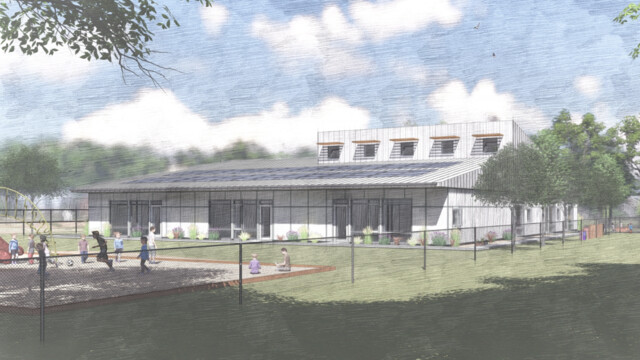 Family daycare needs are inching closer to being met, after Penticton city council unanimously gave final approval for the design of the Edmonton Avenue Child Care Project on Tuesday.

The plans for the centre provide 116 new childcare spaces, filling 16 per cent of the minimum of 722 spots that the city needs, according to the Penticton Child Care Action Plan.

The construction of the facility will be funded through the Province of B.C. and Union of BC Municipalities in partnership with OneSky Community Resources, who will operate the facility.

City council was given a list of endorsements needed for the project, including approval for the schedule for the centre, approval for staff to work with OneSky to apply for all relevant grants, such as the Child Care Fee Reduction Initiative and to conduct an engagement process six months after the new centre opens, which will be reported back to council.

The proposed building will sit in the same location of the boys and girls club, replacing the Edmonton Avenue centre in Kiwanis Park and maintaining the same pickup and drop off locations.

The 7,000-square foot building design include multiple childcare rooms along with public washrooms and a main play area.

The building will provide licensed childcare for those aged 0-12, with nature play and discovery and a focus on child-centered learning.

The next step is for the new Edmonton Avenue child care centre to move into the construction phase.