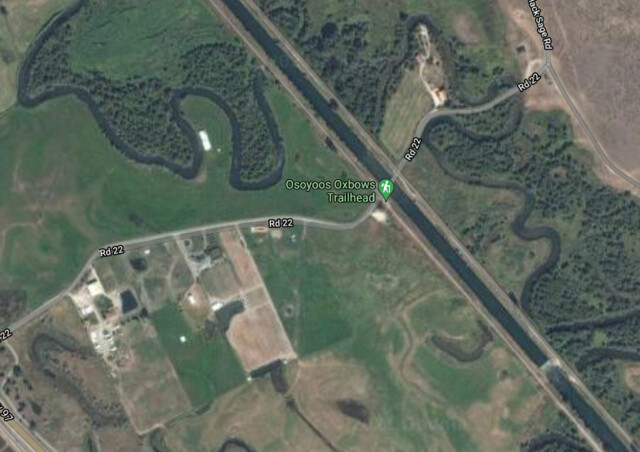 An unusual rescue had a successful ending Monday as Oliver Fire Department crews responded to a car in Okanagan River north of Osoyoos Lake, with an elderly man and his dog trapped inside.

The call came in at roughly 10:30 a.m. that near the Road 22 crossing over the waterway, a car had gone off the pathway and was half-submerged.

"It's not often we have cars floating down the river," fire chief Bob Graham said.

The fire department sent two rescue swimmers out to help, and found the car submerged up to the bottom of its windows. It appeared to rescuers that the elderly man inside may have been having trouble escaping, though it is unclear why at this time.

"Maybe it was a bit of shock from the cold water, I don't know if there was a medical issue," Graham said.

The man had his dog with him, and both were successfully taken to shore, at which point the man was taken to hospital in an ambulance.

Graham said his team is trained for such aquatic rescues, and this was a scenario for which they were well prepared.

The dog cooperated with the rescue as well and appeared in good health and spirits, and is now being cared for by local dog control authorities.