A local was shocked when she saw a car smoking and suddenly erupt into flames heading north on Highway 97 out of Penticton.

Linda Goodwin, a witness to the fire, said she spotted a big billowing of smoke from the truck driving down the highway that had pulled over into Pyramid Provincial Park.

“We got there as the flames were starting,” Goodwin said, adding that the driver was already out of the truck.

“The fire started going up the bank and heading down the park onto the beach.”

Goodwin said she called the incident into the fire department, seeing them quickly arrive on scene along with RCMP.

“We stayed until the fire was almost out,” she added. 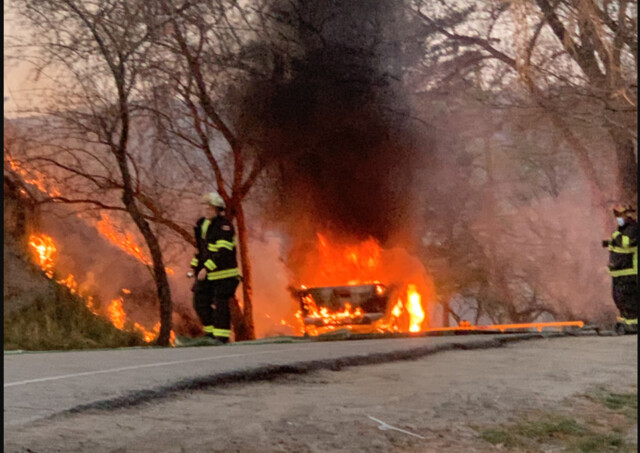 A fully engulfed car fire has been spotted at Pyramid Provincial Park in Penticton Saturday night.

Residents are posting photos of the flames spreading into grass and trees in the area to social media.

Castanet has reached out to the Penticton Fire Department and will have more information as soon as it becomes available. 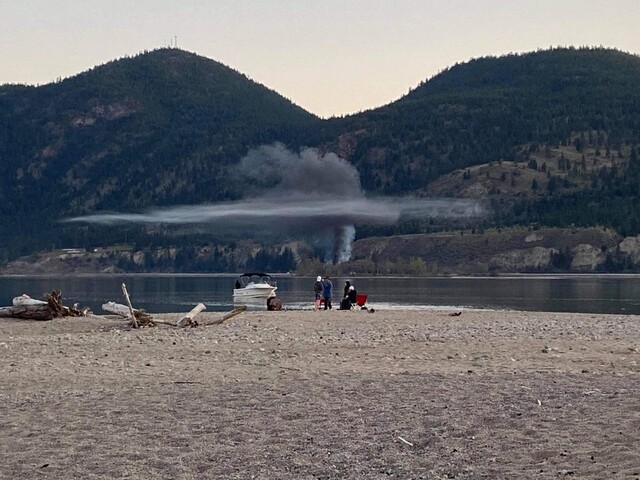 Photo: Contributed
Heavy smoke can be seen from a car fire at Pyramid Provincial Park across Okanagan lake