Penticton RCMP were seen stopping a speeding vehicle with a spike belt on Sunday and according to witnesses, multiple people were arrested.

At approximately 2:45 p.m., an older model truck was seen speeding on Green Mountain Road near Apex Mountain. The vehicle was being chased by multiple RCMP vehicles and finally came to a stop after running over a spike belt.

“All of a sudden they drew their guns and pulled them all out of the car,” said the witness. “I saw three people.”

According to the witness, one woman and two men were inside the vehicle.

Castanet has reached out to RCMP for more information. 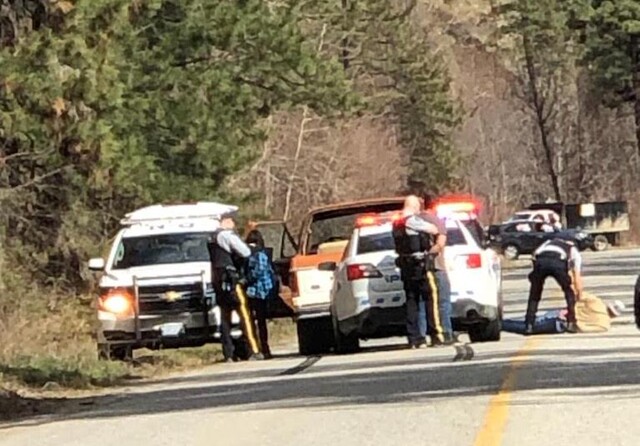