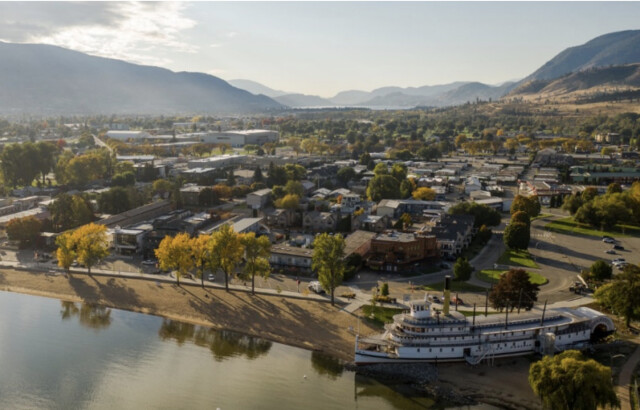 Photo: Travel Penticton
A recent survey of the most livable places across Canada highlights the attractiveness of settling in the Okanagan, with Kelowna and Penticton landing in the top 10.

Focussed on spotlighting Canada’s best places to live outside of large metropolises, the new Leger survey conducted on behalf of RATESDOTCA reports 21 per cent of those who moved or plan to move are moving from a major city hub (Greater Toronto Area, Greater Ottawa Area, Greater Montreal, Metro Vancouver, Calgary Region and Metro Edmonton) to smaller towns or rural areas.

With many people adjusting to new work regimes due to the pandemic, the survey also revealed that 23 per cent of those who moved or plan to move since April 2020 cited COVID-19 as a reason for relocating.

The Livability Report tied in the usual factors of affordability and growth, alongside lifestyle-oriented criteria like scenery, nightlife, outdoor activities and accessibility.

According to the results, one of the top deciding factors when looking for where to move is scenery (proximity to mountains, major water bodies, forest, etc.) (17 per cent), after affordability (33 per cent). Other top factors include economic and job growth (12 per cent), size of city/town (8 per cent) and outdoor activities (8 per cent).

Kelowna landed the second spot on the list, as a lakefront mountain town in the heart of Canada’s wine country.

“Set against a sublime, mountainous backdrop, the city's criss-crossing hiking and biking trails make exploration easy without a vehicle, while a generous sprinkling of public beaches and a thriving downtown offer countless destinations of both natural and urban persuasion,” the report reads.

“Mild winters and idyllic summers make Kelowna a wonderful year-round spot. The amicable weather makes the Okanagan Valley, of which Kelowna is a part, one of Canada's most famous wine-producing regions.”

Penticton lands on number nine, described as the "Okanagan Valley town on the lake, known for its terrific climate."

Langford, B.C., took the top spot, boasting a small-town feel, along with imminent access to nature.

“The mountainous vistas and sprawling forests that comprise Langford are sandwiched between Langford Lake to the west and a natural harbour of the Pacific Ocean to the east.”

Overall, five BC towns landed on the top ten list. 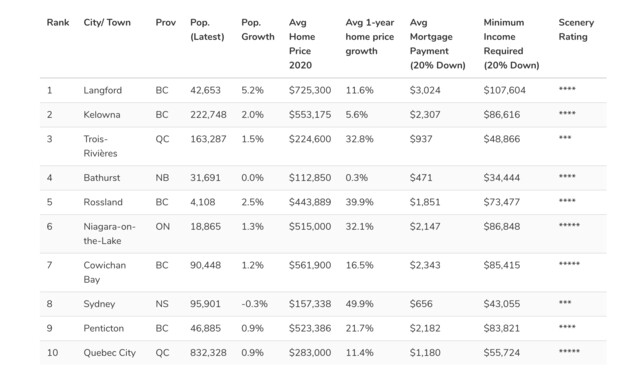