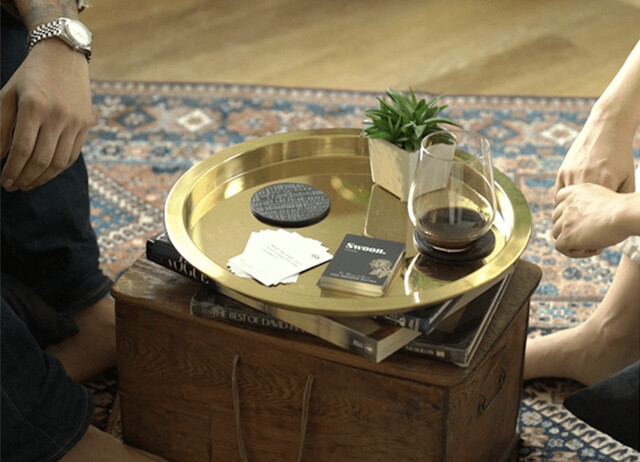 What started as a project for two single people to use in their own dating lives has turned into an innovative card game to get people talking a little deeper on dates.

Reza Houshmand and Savannah Golding are locals and two really good friends who came up with the idea for Swoon, what they call “The perfect game for modern dating.”

Houshmand explained that it all started in University at a business entrepreneur class. He created an organization called the Bearded Feminist - with the focus on how to recruit men to feminism and how to get them to be in the conversation.

One thing he discovered from one of his close friends in the group is that they would always have a slow discussion on a first date to find out what the other person was interested in.

"Basically a slow conversation around consent,” Houshmand said. “But it was very playful and wasn't awkward. For some reason, the idea of talking about consent can also be associated as awkward.”

Then, Houshmand came across the NY Times article The 36 Questions that lead to love and was inspired to do something similar..

“But it was a little bit nerdy, it was done through a study by a PHD,” the study was done by the psychologist Arthur Aron, and focuses on whether intimacy between two people can be accelerated by going through the questions.

That led Houshmand and Golding to wonder if they could do something more with the idea.

"Instead of explicitly talking about consent, could we create a game where two people can just meet one another, open the deck of cards and go through these questions?"

That led them to start building Swoon, which originally started with 100 questions which they then sent out to 50 people to rank the best ones, which were put into the four categories.

“It started with an idea, then we started to use it in our own dating lives and it had a lot of success,” Houshmand said. ”As a matter of fact, I met my partner when we were developing the game and very quickly we felt this instant connection [with the game.]”

“One of our friend's parents played it the other day and they told us they learned things about each other after 30 years of marriage they didn't even know.”

The idea for the game is to play it over four dates, exploring the four categories of questions, but ultimately it’s up to the player to use as they see fit. Houshmand went through the whole deck on the first date with his current partner.

“If you're single during the pandemic, so often you're having video chats dates, so you're going to meet somebody and start texting, face timing," Houshmand said, adding maybe you’re running out of things to say and the game is there to keep the conversation going.

“One, you get to know each other really deeply, really quickly, and secondly, the power dynamics are equal, you're each taking turns answering questions.”

The four categories of the game are :

“We constantly felt like everything was surface level and everyone's on these dating apps and you're constantly comparing the reality of someone with the promise of profile on Hinge or Bumble or Tinder and nobody really committing,” Houshmand added. “We think it's cool to get to know somebody deeply, but we didn't want to be preachy about it.”

So far the two have been seriously working on their project for about a year and have sold over 500 decks.

“Now we just got picked up by RW&CO, they're doing a national campaign on us and we met a couple of Dragon's from Dragon's Den,”

Keep an eye out for the RW&CO national campaign in March, which highlights two or three entrepreneurship projects from each province.

"Often what I hear is what people love it because of how simple it is. All you need is these cards and a bottle of wine."

To see how it's played, watch their Youtube video. 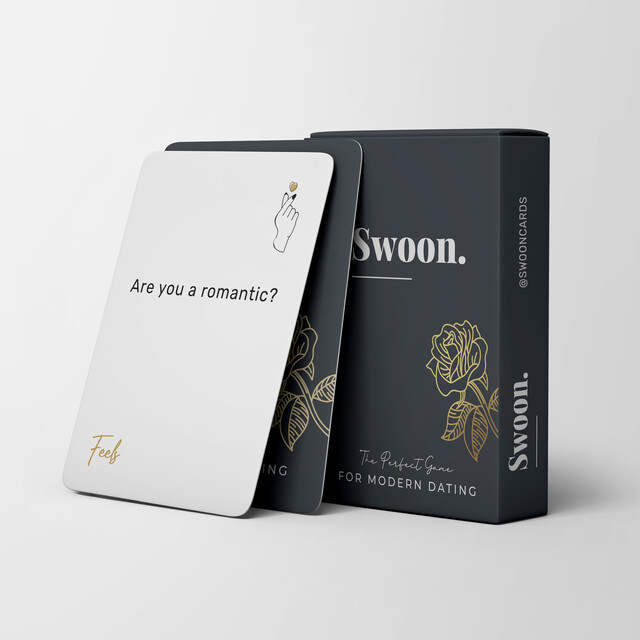