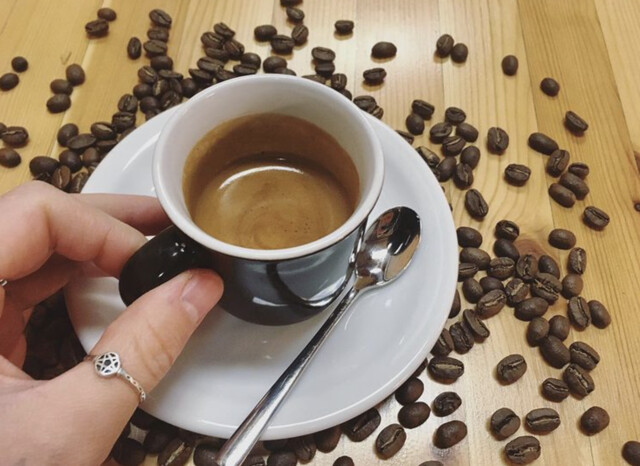 "Four seasons of fun" is new a collaboration between Castanet and Travel Penticton showcasing what Penticton has to offer all year round. Watch for it every Monday morning.

Coffee culture in Penticton is booming, and local cafe owners who know a good cup of Joe like the back of their hand all agree: a good cup of coffee is like a good glass of wine.

“It’s no different than wine,” says Hawk, in comparing the quality of bean used. “It’s going to take a certain amount of sunshine, water, heat, and there’s going to be soils and areas better for growing. It starts … with a great bean.”

And they know their coffee at Wayne & Freda, with Hawk offering up some great suggestions on where the inexperienced coffee drinker can begin their journey to loving coffee:

“Start with a medium-roast coffee,” he said.

But there’s another important factor that Hawk says has also been a main focus at Wayne & Freda: atmosphere.

“A lot of it is good coffee, but a lot of it is … environment and space. It’s more about getting people together and having them come and connect over coffee,” he said. “For example, I could have the best chef in Canada make me a Pad Thai, and it was amazing and it’s incredible, but I’m going to remember the (Paid Thai) I had in the streets of Bangkok on the side of the road that was cooked in a little cart. There’s so much more than the Pad Thai. There’s so much more than a cup of coffee.”

Wayne & Freda sources their coffee beans from direct traders, meaning the roaster has a direct relationship with the farms and mills they work with.

“It’s just like food. If you order from a giant (producer), you don’t have a ton of control over what you’re using,” Hawk explained. “Just like food, coffee starts with ingredients.”

And when you’re finished enjoying your brew, you can find a different type of brew at Wayne & Freda now, as the cafe stocks various wines and beers to enjoy.

Atmosphere while enjoying your coffee is a mandate Seis Cielo, another downtown stop for coffee, co-owner Sara Turner agrees with.

At times, she added, the cupping room (where coffee is tasted often by producers or buyers) can often be eerily silent.

And as Hawk said, brewing coffee is like making wine: it’s a science.

“It’s the same flavour wheel as wine. When people drink coffee without anything like sugar or milk in it (professionals) taste notes in it, like the same as you would with wine,” she said. “Good coffee is … coffee that has these rare attributes.”

Brewing different types of coffee beans and roasts and enjoying them in different forms - such as lattes, cold brews or with added flavours such as cream or milk - based on flavours, she explained, is becoming a coffee culture in Penticton as more and more small cafes begin offering a wide variety of coffee choices.

Turner sources coffee beans for Seis Cielo from Honduras, a country she personally spent some time in, really getting to know coffee on a deeper level.

“The area that I get (coffee beans) from in Honduras, it’s really known for its tropical fruit and acidity. It’s quite famous internationally,” she said.

Seis Cielo sells beans in-store and online, but we recommend you check them out personally at 166 Main St. to try the wide range of coffee they have to offer.

Another Main Street cafe and bakery you can’t miss is Petrasek Bakery, which offers a quaint atmosphere. Just down the hall you’ll have a slight view of the bakery room where fresh, homemade goods are baked daily. Be sure to visit the family-owned and run coffee shop to grab a hot drink - whether it’s a latte, hot chocolate or tea - to enjoy inside or on the go.

But if you’re heading towards Naramata and really need that caffeine boost, The Bench Market offers your morning brew in a size larger than the 12 ounce - an offer co-owner Stewart Glynes says makes The Bench Market stand out as a coffee brewer.

“That kind of sets us apart as a third-wave coffee shop,” he said, adding baristas at The Bench Market continue to steam milk for each individual drink, and use fair-trade, organic coffee beans.

And with fresh-baked goods and lunch items using local, seasonal ingredients, Glynes said there’s tons of pairing options to enjoy with your cup of coffee.

“When they just come out of the oven and they’re warm … and you crack that open with your organic coffee, I think that’s a great pairing,” he said.

And with coffee culture, he explained, comes balance, which Glynes says he finds with pairing coffee and food together.

“Nothing should be too strong in either direction,” he said.

As for atmosphere? Glynes said that’s a huge part of enjoying your coffee at The Bench Market, where you’re guaranteed tranquil music, the low murmurs of other patrons enjoying their warm drinks, local art and where you’ll almost always run into an old friend.

The Bench Market can be found at 368 Vancouver Ave.

Closer to Skaha Lake? Not to worry - you can get your coffee fix at the Nautical Dog Cafe (3895 Lakeside Rd.) which offers a variety of hot drinks, baked goods and lunch items to enjoy with a view.