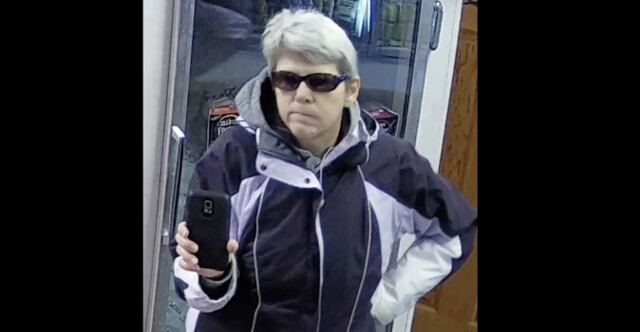 Police have identified the woman who allegedly spit on a Penticton liquor store employee after he asked her to wear a mask in accordance with public health orders.

The woman was caught on security camera in Skaha Lake Liquor Store last week, seen arguing with the employee, using his cell phone to speak to the store owner, then forcefully dropping the phone.

Owner Rupy Pandher said the woman also spit at her employee and made racial comments, all stemming from the fact that he had refused to serve her without her wearing a mask, as is now required by the province.

RCMP had originally put out a call to the woman to identify herself and come forward, but she did not.

Instead, the public identified her, said Sgt. Jason Bayda, with his thanks to the public.

"Our investigator will be following up with her in short order."

Police have not released the woman's name.