Dan Ashton is projected to land his third term as MLA for the Penticton riding.

With close to 50 per cent of the votes with 76 of 129 ballot boxes counted, The Canadian Press made the call.

Ashton's closest challenger Toni Boot had 34 per cent of the votes as of 11 p.m.

As early results trickle in, incumbent Dan Ashton has the edge in the Penticton riding.

According to Elections BC, as of 9 p.m. Saturday night, Ashton is leading nearest challenger Toni Boot with 48.5 per cent of the votes compared to 37.4 per cent.

The lead is based on just 15 of 129 ballot boxes reported.

Libertarian Keith MacIntyre has 4.34 per cent of the vote and Green Ted Shumaker has 9.92 per cent.

On election day in BC, the Penticton riding has a two-term Liberal incumbent hoping to hang on to his job as MLA, with a newcomer NDP challenger trying to unseat him.

Dan Ashton has been Penticton's representative in Victoria since 2013. The former mayor of Penticton has momentum due to being an incumbent, and won the riding with 52.8 per cent of the vote in 2017.

His main challenger is NDP Toni Boot, currently on leave from her position as mayor of Summerland during the campaign. NDP candidate Tarik Sayeed received 28.73 per cent of the vote in 2017.

Ashton has been vocal on the campaign trail about his displeasure over the snap election, and on his number one priority moving forward.

"This is a totally different election than I'm used to," Ashton added Saturday night, expressing that he is ready for results not to be available election night.

Boot, who trails slightly in the polls, hopes to take Ashton's spot in the Legislature and join a majority NDP government. She has defended NDP leader John Horgan's decision to call an election during a pandemic.

"I think it's really important for all British Columbians and certainly the people that live in the Penticton electoral area. We are in a position provincially where we have survived and gotten through with this six months of the pandemic, and the pandemic is still going to be with us," Boot said.

Also running in the riding are Libertarian Keith MacIntyre and Green Ted Shumaker, both of whom are newcomers to politics. In the last provincial election, the Green party received 18.47 per cent of the local vote, and the Libertarians did not have a candidate.

MacIntyre has been clear about his displeasure with pandemic rules and regulations.

Shumaker has stressed since day one that he is "not a politician" but felt the call to step forward.

"I can listen, I’ve proven I can learn… What you have to know is who to go to for the answers, the experts and where to find it. I can do that.” 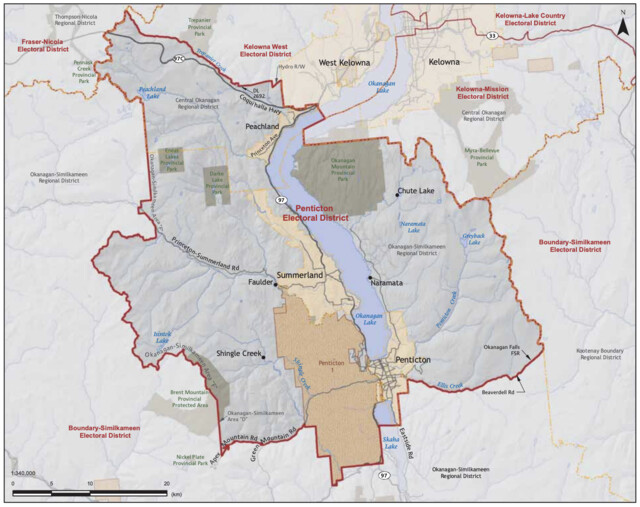