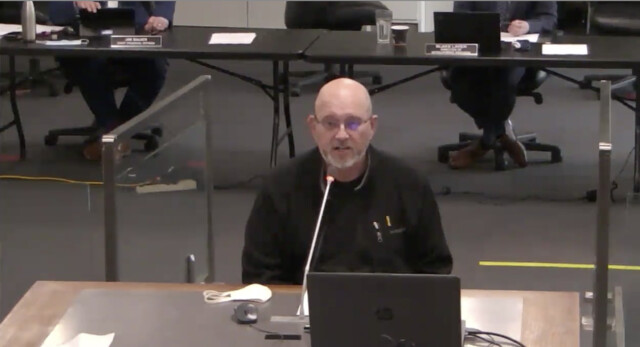 Penticton council has begrudgingly approved a new temporary winter homeless shelter, though not before seizing the chance to vent their grievances with the project.

For nearly 90 minutes at Tuesday's meeting, mayor and council fired questions, accusations and complaints at Penticton and District Society for Community Living CEO Tony Laing. PDSCL, which already operates the Compass House shelter on Main Street, will also be at the helm of the new maximum 42-bed facility at 352 Winnipeg, former home of Victory Church.

Laing explained the spot was chosen through consultation with BC Housing and city staff when COVID-19 restrictions made it clear that their usual emergency shelter at Compass House, on the same complex as their year-round residences, could not be used — bunk beds, for example, are not social-distancing friendly.

"When COVID hit, it changed our entire world. Nobody knew how long this pandemic was going to last in the spring, when we had to go find a site. So we did have a lot of consultation with emergency services, city staff and such," Laing said.

But some on council had a bone to pick.

“Are you responsible for your clients as I am as a landlord to my tenants when they disturb [the neighbourhood] to a point where people are terrified of those people that occupy those spaces?” Mayor John Vassilaki asked, a premise Laing rejected.

"If someone stays at the Lakeside [Resort], goes down to the beach and causes a nuisance, should we hold the hotel responsible for bringing that person to the community? ... If council can explain to me, if someone can explain to me, what control I have, I would really appreciate it. Because it’s one thing to be accountable and held responsible, but nobody defines what that looks like," Laing said.

"We as an organization don’t hold ourselves accountable for every homeless person in Penticton … when someone leaves our site, they are ordinary citizens.”

The shelter will house a maximum of 42 out of an estimated 150-plus homeless individuals in Penticton, with a curfew of 11 p.m. A minimum of two staff members will be on site at all times during weekends and after-hours, with many more during the day, 24-hour private security and an overdose prevention site will be in operation.

Vassilaki reiterated his concern for the neighbourhood.

"We always think of these folks that you look after but very rarely do we think how are we going to help the people around them," he told Laing. "We don’t only have to deal with your clients, we have to dal with nearly 35,000 citizens that are screaming, and I get dozens of dozens of emails and phone calls complaining.”

“Changing attitudes about the homeless is a responsibility for us all. People are fearful a lot of times without reason,” Laing said. “I would hope that council as leaders of our community would take the lead and say listen, this is something we all have to work together to try and solve.”

Coun. Frank Regehr asked about what the private security would be doing, and Laing had the same thought.

"It’s a legal question … I’m not sure what authority I have to enforce. They are security guards, not private police. They don’t have a lot of power. We’ll do what we can," Laing said. "We have to find some sort of solution that’s better than ‘please move along’ because where they are moving along to is another business, another house, another apartment building."

Regehr also asked whether a maximum of 42 emergency shelter beds would be enough to meet the need of the community this winter.

"No," Laing said simply. "We had 75 people last year in January during the really bad cold snap … if we’re capped at 42 we’ll turn people away I guess.”

Couns. Katie Robinson, Judy Sentes and Campbell Watt also expressed reservations with the project, but ultimately the permit was granted unanimously. Robinson and Vassilaki added comment to their vote, with Robinson explaining she felt she had "no other choice" and Vassilaki saying his was "with reservations."

Laing said he was happy to be before council to discuss both this new project and Compass House, to provide the facts.