Help a couple have a child 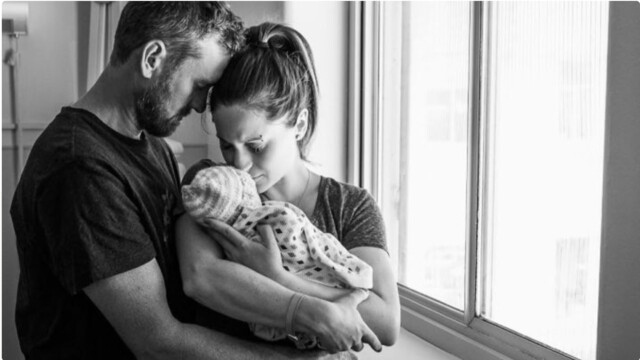 A Penticton couple had a GoFundMe started for them to help with surrogacy costs after losing two babies and being unable to carry another.

Scott and Jessica Tregoning were married April 7, 2017, smitten with each other and wanted to start a family right away. Their first child was expected on Feb. 9, 2019, but Jessica's water broke 12 weeks before, too soon for their child to survive. Their firstborn son, Paxon Alexanda Tregoning, was flown to Children’s Hospital in Vancouver and only lived for three days.

The couple moved forward together and found themselves expecting again, with Jessica being monitored closely throughout the pregnancy.

She had a scheduled C section in September 2020 when, again, the couple faced devastation. Two weeks before her date, on Aug. 31, the uterus incision from her previous C section burst while at home one evening. They were rushed to the hospital and after 20 minutes trying to revive him, Matix Jack Tregoning was pronounced stillborn.

Since losing the second child, Jessica has learned her body is not safe to carry another baby.

“We've lost the two boys and now just have been recommended not to get pregnant again because of how dangerous it was. We just thought the only other way to get our baby still without having to adopt is with surrogacy,” Jessica Tregoning said.

The couple was touched when a close friend offered to carry their next baby for them.

“It means absolutely the world and to have someone close to offer to do it for us is really more amazing. It's hard to find words.”

But the costs associated with using surrogacy and the fertility clinic are not covered by BC Medical. And while Tregoning has donated to a GoFundMe cause before, she didn’t  think about using it until her mother and aunt suggested they run one for her.

"It was my aunt who wanted to start it after we decided that we were going to go with surrogacy to have our next baby," she added. “Trying to raise the money on our own, it would just take years to do that. So the GoFundMe is just really, really amazing.”

The family is trying to raise $30,000 for insemination and expenses.

“We still don’t know exactly how much we need to raise, but I always just kind of knew it was an expensive thing to do,” Tregoning said.

“We were hoping to at least have two kids and so going through what we've been through, we're okay now if we just at least have one.”

“It's just overwhelming really...We never thought that it would get to be this high already,” Tregoning said.

“We're just so thankful that we have the support of our community and there's a lot to say...We're still grieving but it still puts a little hope at the end of the dark tunnel.”

The GoFundMe page can be found online here.