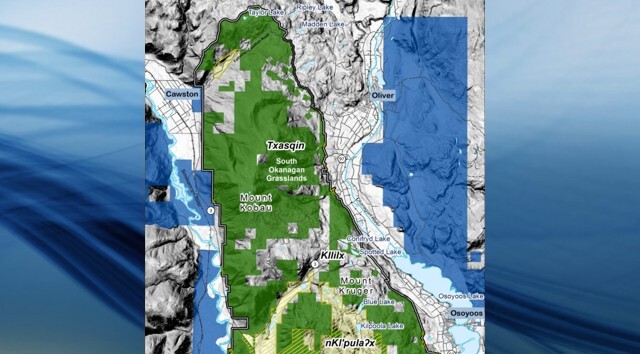 Parks Canada says progress is being made on a proposed national park in the South Okanagan, with much of the last year's activity focused on negotiations between various local, provincial and national governing bodies.

A memorandum of understanding between the Government of Canada, the Government of British Columbia, and the syilx/Okanagan Nation was signed in July 2019, a crucial first step towards a formal agreement that included an outline of the proposal as a starting point for negotiations.

Since then, all involved parties have been discussing the plan, most recently via remote and virtual meetings.

"Even under normal circumstances, this is a detailed process that takes time, and seeks to address the concerns, needs, and priorities of each government and the communities they represent," reads a statement from Parks Canada.

"There are many characteristics and considerations unique to the South Okanagan-Similkameen region. There is no specific timeframe for moving through the process; we need to take the time to do it right."

Topics planned for discussion amongst the parties in the next year include employment, training, contracting, dispute resolution, a conservation based/ecotourism economy, sustainable tourism, administration facilities and infrastructure, and exploring ways that the syilx nation and Parks Canada land management systems can coexist and inform one another in cooperative management.

Parks Canada and the provincial government have also continued to meet with Regional District of Okanagan Similkameen directors, and plan to conduct meetings with governments in Keremeos, Osoyoos, Oliver and Penticton.

The proposed working boundary of the proposed national park reserve is as follows:

The national park proposal has proved contentious over the years, with a vocal local faction opposing the concept.