SORCO takes in a baby owl left without parents 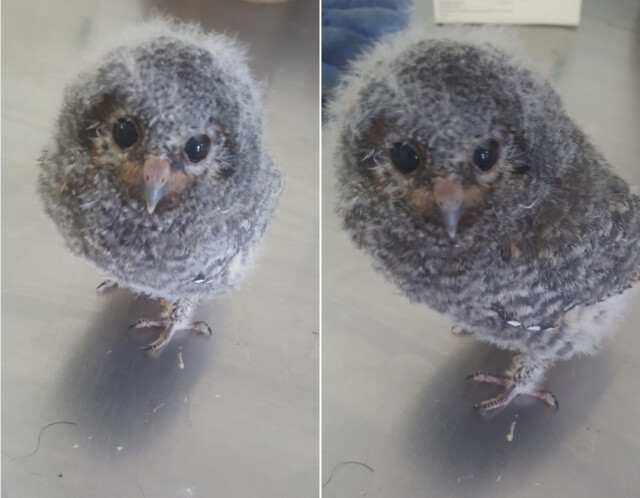 Cricket chirps are filling the air after a raptor rehab facility received a new feathery friend who munches on insects.

A rare Flammulated owl only 3 weeks old was rescued by volunteer couriers and dropped to the South Okanagan Rehabilitation Centre for Owls (SORCO) recently.

The rescuers picked up the little owl, "Stanley" from a nest 15 feet up in a tree after his parents were killed.

SORCO also received 12 baby great horned owl chicks, which have now all been released back into the wild.

The organization has been able to remain open as an essential service, but was struggling without volunteers during its busy season. The clinic is closed to the public.