A Similkameen winery is proud that Dr. Henry was a founding shareholder, and still invested 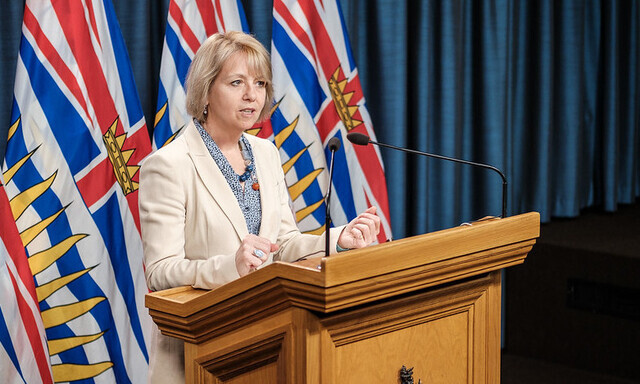 Photo: Contributed
A Similkameen winery is proud of its connection to Dr. Bonnie, one of its founding shareholders.

A Similkameen Valley winery is proud of its connection to B.C.'s health officer Dr. Bonnie Henry — she was one of its founding members.

Henry, who is now well known and appreciated for her calm delivery of the province's latest COVID-19 numbers and protocols, even garnering a fan club, is a shareholder in Keremeos' Clos du Soleil winery.

"The winery was founded in 2006 by a small group of friends who had this passion for wine combined with a passion for food and a passion for travel," explained winemaker Michael Clark.

"They decided to get together and found a winery in the Similkameen winery and that became Clos du Soleil ... Bonnie was one of those very first founding shareholders."

While Henry continues to be an investor and "a big supporter and fan," Clark said that's where it ends.

"She isn't involved in management or any kind of decision making," he said. "She continues to be really excited about everything we're doing and loves to drink our wine too."

Their celebrity connection is something the team at Clos du Soleil is proud of.

"Everybody here, both the employees and the owners, feel fortunate to be connected with her and have a lot of gratitude for all the work that she's doing for the province during this crisis," Clark said. "We all feel lucky to have her as part of the group."