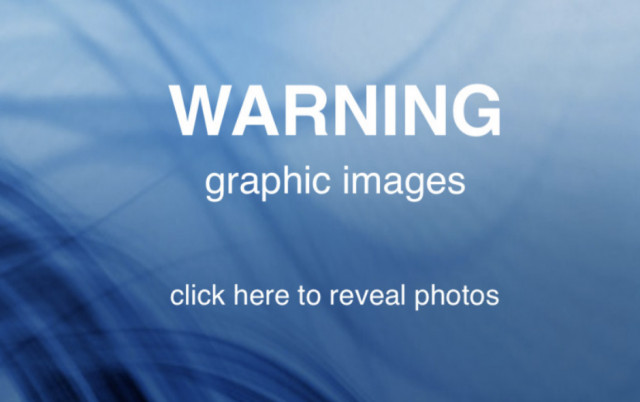 A Summerland woman was walking her dogs this week when the moment every pet owner fears became reality: Her beloved pup was attacked by an aggressive other dog on the trail.

On Monday afternoon, Beverly Burry was with her two small Havanese dogs on Conkle Mountain when a large dog, which she estimates at up to 70 pounds, appeared walking off leash.

"He immediately stopped and went into a stalking stance. He crouched then immediately pounced on one of my dogs," Burry described.

"The large dog's teeth were clamped around the backside of my dog and he proceeded to lift my dog up and shake my dog back and forth like a rag doll. My dog was squealing."

Horrified, she sprang into action and grabbed the large dog's collar and tackled him to the ground, causing him to let go of little Salsa.

Burry said two middle-aged women approached and asked if she was okay. She said no, and said one of the women told her they had thought the dog would be ok off leash.

"Because I didn’t see them leash their dog, I told them to keep moving as I was afraid their dog might either attack my dog again, or go after my other dog," she said.

Burry quickly noticed Salsa had two large gashes on her side and much of her fur and skin had been ripped away. She raced to her car, carrying Salsa, and drove to Rose Valley Vet in West Kelowna where Salsa had emergency surgery.

"The vet told me later that I probably saved her life by taking her there right away," Burry said.

Now Salsa is back home, with four prescriptions for antibiotics and painkillers, a vet bill over $2,000 and multiple follow-up appointments needed — along with psychological trauma.

Burry reported the incident to local dog control, which told Castanet they were unable to comment on the incident.

Burry said they told her a file has been opened, but unfortunately due to her not having any concrete information on the owners, having been focused on her pup in the moment and letting the ladies leave without asking for names, there is likely not much that can be done.

She recalls the dog as large, with white and large black markings, short hair and a shepherd-shaped face. She shared the story with Castanet as a heads up to people using the trails in that area, especially in light of a recent dog mauling in Osoyoos that saw an elderly woman hospitalized.

"It's just more of a warning. And hopefully these ladies will read it ... they weren't bad people, they just made a really bad decision," Burry said. "And I thought, if that had been a little child, I mean that dog could have killed it."

She also hopes they might do the right thing and offer to help with Salsa's rising vet bills.

As for Salsa, Burry is hopeful a full recovery is on the way, as the small dog started eating again Wednesday — a hopeful sign.