No winners between landlords and tenants during COVID-19 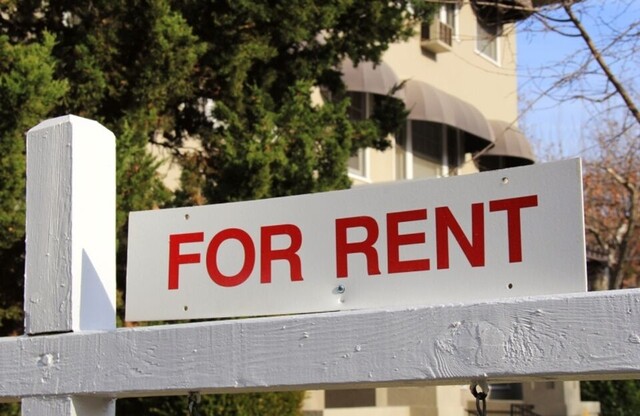 Photo: Contributed
Landlords and tenants both frustrated during COVID-19.

Tenants and landlords alike are frustrated this month as the COVID-19 crisis keeps many businesses closed and people out of work.

Simon*, a Penticton commercial renter whose business has been closed due to being non-essential at this time, said that his more than $15,000 a month in rent that came due on April 1 is just not feasible without customers walking through the doors.

"My business is 100 per cent shut down," Simon said, adding that he reached out to his landlords at Locke Property Management last week looking for help.

"I sent them a letter last week asking if they were going to do any discounts or anything. [They] called back and said they are not going to be doing anything for us other than saying we can pay our rent at a later date before the lease is up if we want to."

His lease ends a year and a half from now, and while government regulations at this time mean landlords can't enforce evictions during the pandemic, Simon doesn't think he will have the cash to pay once the deferment period ends.

"I think it's insane that people are paying rent when your business is completely shut down," he said, explaining government subsidies for his business loss likely won't be enough.

"At the best I'm going to get $10,000 from the government, one time. It's only going to take a couple of months and we're done. We were hoping they would cut the rate in half or something, since we're not using it."

Phillip Locke with Locke Property Management has no plans to forgive or cut rents, just to defer, explaining he has his own business to run and expressing frustration with the situation.

"The provincial government seems to have dumped this onto landlords. There are enough restrictions now about rent increases and no eviction notices, and the City of Penticton that supplies electric power is not going to disconnect," Locke said.

"So we see this costing landlords a substantial loss of income. It makes it very difficult for landlords to accept the losses in spite of the virus."

"We probably have some tenants who are saying, well, we don't have to pay rent for three months," he said.

That revenue loss, he said, would have a major impact on his operations and his 28 employees.

Greg Bickert of Inspire Property Management said his company, which mainly offers strata management, has not yet had anybody unable to pay their rent but is dealing with a different facet of the COVID-19 crisis: Social distancing.

"We had an owner come home from out of country and in that building, that owner refused to go into self-isolation right away, neighbours even offered to go pick up their groceries and they said 'No, we're fine,' and decided they wanted to go about their day," Bickert said.

"So that leaves the strata in a place where they need to step up their sanitization, inform the owners that there's someone who is supposed to be in isolation that isn't."

Bickert is also seeing his managers struggle to show vacant units at this time, grappling with whether to continue the service at all.

"So I think landlords are going to really suffer if they have a vacant unit, it's going to be months before they can find someone to go in," he explained.

"I think what people often forget in this whole thing is landlords usually have only one or two investment properties ... Most of the rules to protect tenants are to protect them against the big company that has 1,000 units and if 100 of them are vacant, they are going to survive no problem."

Local MLA Dan Ashton said he has concerns all around for residential and commercial tenants, and landlords.

"Tenancies are two-way streets, and they both have obligations," he said, explaining he has already been hearing from landlords and renters among his constituents complaining.

Some tenants, he said, appear to be refusing to pay either after getting bad advice or misunderstanding the government-ordered freeze on evictions as a free month of rent.

"I know of landlords already that are talking about legal means, which is that if the tenants are not paying them they will be subject to small claims court ... they are deriving a benefit for something they have a record of paying for," Ashton said.

He has also heard stories from landlords whose tenants won't leave.

"A tenancy was given to somebody in a home while the people were away in their vacation home, they rent it out. The people were coming back and the tenant said 'I'm not leaving because the government said I don't have to leave,'" he said. "They are on their way back, they have to quarantine, and they can't even get into their own house to quarantine."

Ashton said he hopes the provincial government will take a "sober second look" at how to handle things, and recommends landlords and tenants working together in the meantime, taking into account the hardship of businesses that are closed, while not giving unnecessary slack to those still employed.

"We're all in this together and we have to figure this out together, somehow, and it has to be fair for both parties," Ashton said.

"If you have income still coming in, there is no reason you shouldn't be paying to keep that roof over your head."

* Simon's name has been changed to protect his identity